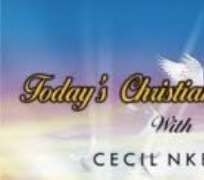 Ezra 5:1-2 "At that time the prophets Haggai and Zechariah son of Iddo prophesied to the Jews in Judah and Jerusalem. They prophesied in the name of the God of Israel who was over them.

Zerubbabel son of Shealtiel and Jeshua son of Jehozadak responded by starting again to rebuild the Temple of God in Jerusalem. And the prophets of God were with them and helped them."

Good Morning and enjoy your day.