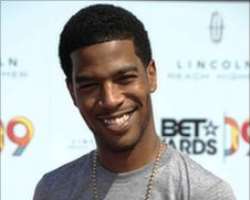 Rapper Kid Cudi has been arrested on criminal charges in New York City.

Sergeant John Butorn said the singer was arrested on charges of criminal mischief and criminal possession of a controlled substance.

Cudi – aka Scott Mescudi – was however still able to perform at Bonnaroo Music & Arts Festival in Tennessee later.

“I really wanted to be here tonight,” he told the audience. The rapper was in ninth position of the BBC's Sound of 2009 poll of upcoming music talent.

He had a big hit with the club remix of Day 'n' Nite and released his debut album Man on the Moon: The End of Day in 2009, which went to number four in the US album chart.

He is signed to Kanye West's label and has supported him on tour.

The Cleveland native also co-stars in the HBO cable television comedy series How To Make It In America.