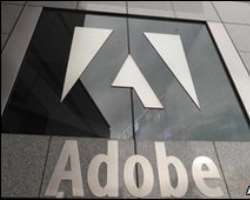 Adobe has fixed a “critical” security flaw that had the potential to allow hackers to take control of affected computer systems.

The bug was first spotted in early June week following a small number of targeted attacks.

The security update is one in a bumper update package that fixes a total of 32 documented vulnerabilities.

Adobe's Flash and Reader software have emerged as prime targets for hi-tech criminals in the past year.

Users running Windows, Macintosh or Linux were all thought to be vulnerable to attack.

Security firm Websense said the flaw was being exploited via e-mails that prompted recipients to open booby-trapped websites seeded with malware.

Users visiting the websites would have their computers infected with trojans and other malicious programs that opened a backdoor into the machine.

Adobe urged users to apply the update as soon as possible.

Adobe said it would release an update at the end of June for its Reader and Acrobat programs which addresses a similar bug that makes it possible to booby-trap PDFs.

Adobe is reportedly considering patching its applications more frequently after a quarterly update cycle for its Acrobat and Reader programmes last year.

In 2009, Adobe announced an aggressive programme to beef up security after hackers increasingly focused on finding holes in its products.

'Huge release'
The security update came in the release of version 10.1 of the Flash player.

Mr Betlem said the update was a “monumental undertaking” that made significant changes to the architecture of the software.

Adobe estimates that more than 95% of computers worldwide have Flash Player installed. Many sites use it to show off multimedia content such as videos and games.

Wired called the latest release “significant” and said the underlying code has been largely re-written to address the platform's key shortcomings, most notably battery problems and security issues.

“This is obviously a huge release for Adobe, as it comes at a time when the company is under attack for its platform's pitfalls,” said Michael Calore at Wired.

Chief among Flash's critics is Apple boss Steve Jobs who wrote an open letter explaining why he refused to have Flash on products such as the iPhone and iPad.

He claimed that it was “the number one reason why Macs crash.”