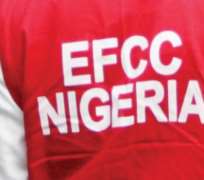 San Francisco, June 07, (THEWILL) - As the Economic and Financial Crimes Commission, EFCC, begins to round off investigations into the 17.5 million euro Siemens bribery scam, the anti-graft body said on today (Monday) that it has begun to probe another $15 million transcontinental fraud case involving Daimler and Anammco automobile firms.

Chairman of the Commission, Mrs Farida Waziri, confirmed the on-going probe while fielding questions at a media parley organized to mark her second anniversary in office.

According to her, "We opened investigations into the Daimler/ Anammco scam recently following a judgment in the U.S. where some Nigerians were convicted in relation to the Daimler bribery scam. So far, we have interviewed about four officials and representatives of Daimler and Anammco in Nigeria.

"We have equally gone ahead to seek the assistance of the AGF to obtain the certified true copy of the US judgment through MLAT from the America authorities. We are working hard to see how we can crack some of these high profile cases with international dimensions."

Some of the officials of the firms involved who had so far been interviewed include Messrs Igwe Geofrey Onyia and Nathaniel Adimaje.

Speaking on her scorecard within the two years she came on board as the EFCC Chairman, Waziri said that she has fared very well. "When we gathered here this time last year, we told you that we were still battling all odds to institute some high profile cases. We can conveniently boast that while we inherited about ten high profile cases when we took over about two years ago, today, we have not only instituted over 50 high profile cases, we have equally secured more than 100 convictions with a record of recovery that towers above $3.5 billion and over 1200 cases pending in courts ", she said.

Waziri said that looking back at what the Commission has attained in this short period, she expressed gratitude to the media for their support to EFCC. "We can’t but thank you gentlemen of the press sincerely, from the depth of my heart for your assistance, support and cooperation which have made it possible for us to be able to point to tangible things we have done not only to promote the EFCC but to strengthen the anti-corruption war in the country."

She promised to continue to engage the media in more proactive ways in the work of the Commission. "We would continue to support your work in the best possible way we can. And in this regard, I have decided to organize workshops for journalists in the six zones where we have our operations to enhance their knowledge and their understanding of the operations of the EFCC," she promised.