OSUN 2011: RUMBLE IN PDP OVER ZONING ARRANGEMENT, IT'S IFE VERSUS IJESHA 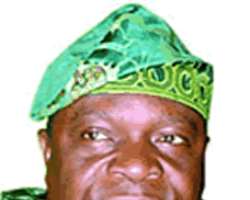 Gov. Oyinlola
The Osun State Peoples Democratic Party (PDP) may have sold a dummy to the world, with the alleged reversal of its decision to zone the 2011 governorship slot to Ife/Ijesha axis of the state.

In spite of denials by party officials, Saturday Sun reliably learnt that the leadership did a 're-think' on the matter to stop disintegration of the party, following threat of defection by aggrieved aspirants from outside the zone and their supporters to other parties.

High-ranking PDP stalwarts revealed that the policy 'stays,' albeit unofficially.

'The announcement (of policy reversal) is a mere political statement to avoid causing crisis or alienating some of the aspirants,'  hinted a highly placed source, explaining that the party had felt it should save other aspirants from, outside the favoured area, the energy and resources they would otherwise have expended, as there is a consensus within the party in the state that it is the turn of the zone to produce the next governor, being the only one of the three senatorial districts yet to do so.

The source says even majority of the party members from Osun West Senatorial District, where leading contenders, like Governor Olagunsoye Oyinlola's former Chief of Staff, Peter Babalola (Peter Power) and Secretary to the State Government, Fatai Akinbade, come from, are in support of the zoning arrangement. He described the two contestants as 'lone rangers,' in their zone, noting that even politicians in Osun Central, regarded as the 'determining' factor for the governorship, are also backing the Ife/Ijesha quest.

Sources likened the situation to the scenario at the national level, where the party allowed northerners, such as the late Abubakar Rimi and former national chairman of the PDP to contest the presidential primaries in 1999 and 2003, even when the party had zoned the slot to the South.

And in what appears a confirmation of the party's position, Saturday Sun learnt that the leadership of the party had shared the rest of the plum positions up for grabs among the three senatorial districts, to pacify and compensate other aspirants.

It was gathered that Akinbade has been offered the deputy governorship slot while Babalola is to fill the state's quota of ministerial appointments.

Osun Central, which is finishing its governorship slot with Oyinlola's second term, will produce the Speaker and the Secretary to the State Government (SSG), while Ife/Ijesha (Osun East) will have the governorship and the Chief of Staff slots.

Sources close to the two major aspirants believe that this is a fair deal. However, Akinbade and Babalola are in a dilemma over how to persuade their supporters to accept it. It was learnt that the idea being sold to Akinbade is that, as an experienced man long in the corridor of power, he would guide whoever becomes governor from Ife/Ijesha in the first four years, while he becomes governors thereafter; that's in the second term.

Meanwhile, the battle for the prized seat in Ife/Ijesha has intensified. In Ijeshaland, gladiators are up in arms against the Chief Ebenezer Babatope-led Elders Caucus, which recently short-listed two out of the 10 aspirants bidding for the governorship. The lucky twain are: Chief Gbenga Onigbogi and Dosu Fatokun.

But other aspirants are accusing the elders of selfishness. They criticised the mode adopted for the selection of the two, one of whom is expected to, eventually, be supported in the PDP primaries. The aspirants have, therefore, rejected the decision of the caucus and vowed to carry on with their campaigns.

In Ife, new entrant in the race, Prof. Wale Oladipo, faces an uphill task, despite the alleged support he enjoys from the Ooni of Ife, Oba Okunade Sijuwade, Olubushe II. The chairman of the state Universal Basic Education Board (SUBEB) has been going round the state in a bid to sell his candidature to opinion leaders and traditional rulers. There is no doubt that he needed to, because, apart from his claim to the support by the Ife monarch, he does not enjoy the kind of statewide visibility and connection that his arch opponent, Senator Iyiola Omisore, commands.

The new kid on the bloc, Oladipo, too may face a challenge, in spite of his 'good fortune,' as his opponents are poised to play a joker that could scuttle his aspiration.

The royal court's apparent preference for Oladipo, as against Omisore, has divided the ancient town. While the Ife elite and a sizeable number of the youths that make up the 'Tobalase' (the king's word is law) Group are with the Oba, whose stand is crucial in the calculation of who becomes governor, an equally sizeable number of youths and Ooni's chiefs have lined up behind Omisore.

Omisore's crime, to the elite, is his perceived arrogance. 'Some people feel he is a young man, who is lucky to have made it early in life. But, he has not managed that success very well, in the opinion of others, because of his attitude even to elders,' a politician in the state explained.

Omisore has a widespread network of loyalists and supporters, who believe in him and are working underground to ensure he becomes governor. These fierce loyalists cut across social strata. Indication that they have been at work emerged in a recent newspaper advertorial, in which some Ife chiefs, more or less, asked Kabiyesi not to support any politician other than the senator. Insiders hinted that other pressure groups, including student bodies, transporters and market women were billed to join in mounting pressure on the monarch to support the senator's ambition.

It is suspected that the division in the Ife axis may have inspired the late entry of an Ibadan-based erudite lawyer, Nathaniel Idowu (SAN) and Chairman of Ife Central Local Government, Gbenga Owolabi into the race. The belief is that if the Ife bloc concludes that either Omisore or Olidipo's candidature would cost it the governorship, it may settle for one of the duo. However, political watchers in the state say the Ife have a way of resolving their differences, when it touches on the common interest.

'That is why they are regarded as having greater political relevance and value in the overall arithmetic, of who becomes governor of the state, unlike the Ijesha, who, despite having more local governments, (six, as against Ife's four) appears not to be coordinated, with biased leaders roaming the place,' says a pundit.