Naija Got Talent flags-off in Lagos 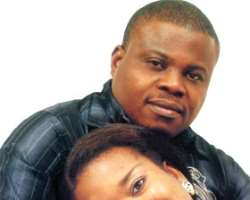 After a meticulous registration exercise of contestants for the maiden edition of “Naija Got Talent” which lasted for nearly a year, Rhema Productions, organisers of the talent hunt show, has disclosed that the show will kick off by the end of this month in five major cities of the country.
The cities are Lagos, Abuja, Kaduna, Enugu and Port-Harcourt.

Rev. Innocent Peace, president of Rhema Productions, while making this disclosure to HVP , last week, said over 10,000 youths entered for the competition, which will be flagged off at the Eko Hotel in Lagos.

According to him, the Lagos leg of the selection of the finalists will last for a whole week as Nigerians will be made to vote for their favourite artistes via sms during the show. He also disclosed that the organisers are considering selecting between 250 and 300 representatives per each zone. “Nigerians are identifying with the project. Right now, over 10,000 youths have registered for the competition,” he said.

Najia Got Talent, according to Reverend Peace, is a reality show, which promises not only to be exciting and entertaining but serves as a veritable tool to boost the re-branding project of the federal government. The show, designed as a means of discovering young talents in Nigeria, will also be used as a platform to showcase the rich cultural heritage of the country.

The company, which has been in the forefront of discovering talents in Nigeria, since 2005, when it hosted the first ever Talent hunt show in the areas of acting, modelling and singing in Nigeria, is returning to the scene with a new talent hunt show tagged, “Naija Got Talent”.

It would be recalled that while introducing the project to media men last year, Peace disclosed that N5m, coupled with an SUV Jeep, would be won by the last man, woman or any group standing at the show. He also noted that age and talent would never stand as a barrier during the show, adding that “the zonal selections will be done by judges while the finalists would face the voting public via text messages.''