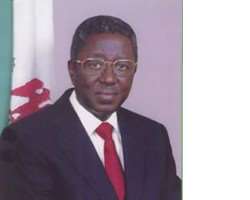 TO forestall future crises, the peace meeting convened on Monday by the Plateau State Governor Jonah Jang and other stakeholders in the state has recommended the establishment of grazing reserves for Fulani herdsmen.

At the end of the meeting, a statement was read to journalists by the Secretary to the State Government (SSG), Mr. Samson Jidauna Dimka. He identified free grazing by Fulani herdsmen and other cattle rearers as a threat to farmlands and security.

Apart from recommending the establishment of grazing reserves, the statement also highlighted the need to demarcate gazetted cattle roads by both the state and Federal Governments.

According to Dimka, stakeholders reiterated their commitment to the Plateau project and that they would be actively involved in the peace process in the state.

He said the meeting also condoled with those who lost lives and property as a result of the crisis. The meeting, according to him, also identified political intolerance as a threat to peace in Plateau and called on the political class to be more tolerant and accommodating and offer constructive advice to the government.

The stakeholders also included in their resolutions the Plateau Peace Conference Report of 2004, which looked on critical issues of the Plateau project.

Among those who attended the meeting were former governors, former ministers, national and state assembly members, traditional rulers, elder statesmen and local council