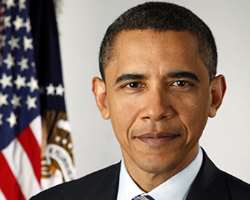 A statement by the US State Department on Sunday, said that ahead of the expected visit, whose date was not given, the US Deputy Secretary of State, Mr. Jacob 'Jack' Lew, would meet with President Goodluck Jonathan and the leadership of the National Assembly this week.

Although the statement did not state the exact reason for Lew's visit, sources in the department said he would be expected to, among other things, discuss the impending visit of Obama, Empowered Newswire reports.

Lew, who will also be in Mali and France, was expected to arrive in Abuja on Monday (yesterday).

'In Mali, he is engaging the President on the status of counter- terrorism programmes and is visiting health programmes supported by PEPFAR and the United States Agency for International Development. In Paris, he is attending the OECD ministerial conference.'

Lew will be accompanied on the visits by the US Global AIDS Coordinator, Ambassador Eric Goosby.

One of the sources said that Lew's meeting with Jonathan was because White House had 'elevated the Nigerian file and concerns and assigned several top state officials to it like never before.'

For instance, the Nigerian file at the State Department is normally overseen by an Assistant Secretary of State in charge of Africa, an office that is usually the highest ranking office for all African nations in the department.

Empowered Newswire quoted the source on Monday as saying that the Obama visit was as a result of the increasing attention Nigeria was now getting from the White House.

He added that the US Secretary of State, Mrs. Hillary Clinton, might also be in Nigeria again before Obama, who was sworn in on January 20, 2009.

Obama had during his visit to Ghana in July 2009 stayed away from Nigeria.

Washington had defended the action, saying that he visited Ghana because it had become a model for democratic governance, with the success of its last general elections.

Clinton, who visited Nigeria in August 2009, had advised Nigeria to embrace broad political reform and ease tensions that resulted in the sectarian violence in parts of Northern Nigeria and disruption of oil production in the Niger Delta.

She had also called for concerted efforts to stem corruption in Nigeria, adding that the Obama administration was committed to evolving a special relationship with the country, that will warehouse US/Nigeria Bi-National Commission.

Clinton had said, 'We strongly support and encourage the government of Nigeria's efforts to increase transparency, reduce corruption and provide support for democratic processes, in preparation for the 2011 elections. Washington would do its best to endure that money from the earth and its riches are spent on the people.

'Being a sovereign nation, it is left to Nigerians to decide whether to learn from Botswana's example or not. Botswana has a vibrant democracy and a stable economy.'

But since the assumption of Jonathan in office, first as Acting President and now as President, the Obama administration has increased its Nigerian focus sharply.

Two US Under Secretaries who work directly under Clinton, according to Empowered Newswire, were detailed to handle different aspects of the Nigerian file shortly after the US Assistant Secretary of State for African Affairs, Ambassador Johnnie Carson, visited Nigeria in February.

The Under Secretaries of State are Mr. Williams Burns and Ms Maria Otero.

Burns is known to be working on the Nigerian file, partly, regarding the nuclear power global controversy between the US and Iran at the Security Council where Nigeria's vote is key to an upcoming resolution against Iran.

Otero is in charge of the US end of the newly signed US-Nigeria Bi-national Commission, which meets this week in Abuja for the first time.

It was learnt that a new Security Council vote against Iran, which is now being proposed by the US - imposing economic sanctions - may be one of the issues that Lew will raise with Jonathan.

Last week, Clinton announced to the US Senate that Russia and China had agreed to the proposed new resolution against Iran, to be tabled soon at the Security Council.

The US has not only secured their support, it also wants to get a unanimous Security Council resolution against Iran.

Nigeria is currently a non-permanent member of the council, which will be voting on the US drafted resolution soon. It will be the turn of Nigeria to preside over the council in July.

Last Thursday, the National Security Adviser, Lt-Gen. Aliyu Gusau, visited the White House where he was received by his US counterpart, Gen. James Jones. After their meeting, the US described Nigeria as a friend, ally and partner.