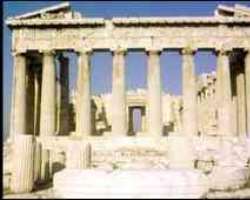 And initially the markets welcomed the deal like a liberating army, relieving the beleaguered governments of southern Europe.

But as the dust settles, doubts are surfacing over how much the deal can really do to solve the underlying problems.

Markets welcome rescue deal
Before the package was announced, the ballooning deficits and towering debts of Europe's weakest members provoked fears of a second wave of the credit crunch.

Analysts warned that banks could halt lending again, just as in 2008, until their exposure to unsafe government debts became clear.

The unprecedented loan deal, announced on Monday, provides a hammer blow intended to knock out the speculators betting that governments such as Greece would default.

Yields on the bonds of Europe's peripheral economies fell after the deal was announced, signalling a breathing space for the “Club Med” economies.

But on Tuesday, several share markets dipped again. And the euro slipped against the dollar. The last thing you give a drunk is another drink

Jeremy Batstone-Carr
Charles Stanley Stockbrokers
Doubts surface
The problem at the heart of the crisis, that some governments have borrowed too heavily, will not be tackled directly by this rescue, which offers emergency funding and loan guarantees.

Indeed, if Greece takes up the offer of more borrowing, its position is in some ways worse.

“The last thing you give a drunk is another drink,” says Jeremy Batstone-Carr of Charles Stanley stockbrokers.

Greece is already struggling to finance its borrowing and is requesting the first tranche of a previous rescue package, agreed last month. Spain and Portugal are being closely watched.

“These actions do nothing to change the fundamentals,” says Jeffrey Miron, professor of economics at Harvard University.

“I think we are just kicking the can down the road, because we haven't actually made these economies more productive so that they can pay off these new debts. We're in some sense just making the problem worse by pushing it a bit into the future.”

Greece's big challenge
Greece already faces the monumental political task of slashing its budget deficit from about 14% to under the EU limit of 3% by 2014.

Violence on the streets of Athens has led to three deaths and raised doubts over how realistic it is to impose such drastic cuts over a short period.

Some economists worry that the stringent austerity programme will trigger such a sharp shrinking of the Greek economy that the deficit will be impossible to plug as tax revenues dwindle further.

“In the very, very near term the threat has dissipated somewhat. However, and it's a big however, the medium and long term threat has not dissipated at all. What has to happen at some point is that the indebted nation has to come up with a way of curing its debt,” says Jeremy Batstone-Carr.

Moral Hazard
Europe's political leaders have calculated that the cost of a Greek default is too high.

Insurers, pension funds and banks who have invested in Greek government debt would pay a high price if Athens were to restructure its debts. That would raise expectations of further defaults and potentially trigger a second wave of recession.

But the rescue package could prove costly in other ways. The package of measures announced at the weekend is one of the biggest and sharpest I can recall policymakers ever having done

Jim O'Neill
Chief Economist, Goldman Sachs
It sends out the message that governments can spend recklessly and pass the bill to their neighbours.

But Jim Leaviss, a fund manager at at M&G Investments plays down these fears.

“The moral hazard is in the past when countries were allowed to cheat and lie about debt and growth.”

He argues a bit of moral hazard can be worth the price.

“It's a bit like the bailing out of the banks a couple of years ago. It's all very well being right and smug about moral hazard while you're standing in a wasteland of burning supermarkets where the cash machines don't work.”

The Euro's future
From now on, Europe's wealthier members, in particular Germany, will be considered responsible for the creditworthiness of their neighbours, however delinquent.

This has already led to resentment in Germany and political fissures within Europe.

“The main problem is that [the rescue] might mean more ill-feeling from core European economies towards the peripheral ones. The German public is very unhappy about the whole deal anyway,” says Jennifer McKeown, chief European economist at Capital Economics.

However, Jim O'Neill, Chief Economist at Goldman Sachs thinks overall the package is the right solution.

“I think the package of measures announced at the weekend is one of the biggest and sharpest I can recall policymakers ever having done.”

“As for moral hazard and debt sustainability, we are likely to see evidence of much tougher fiscal scrutiny of profligate countries and a stronger, tougher oversight by the EU, which should gradually assuage people.”