The Real Reason He’ll NEVER Fall In Love With You 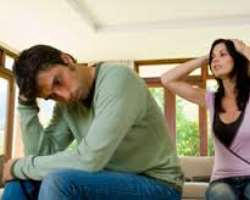 Have you ever tried to understand why a man will fall hard for a certain woman, even though she might not seem like the best match for him?

The truth is that a man is attracted to one woman and not another largely because of the way that one woman makes him FEEL, and not for any other reason. You see,attraction and connection have their own logic. In fact, they defy logic. Let me explain…

So, why won’t he fall in love?
A man doesn't decide to be with a woman because he values a relationship and having true love in his life. He doesn’t decide to be with her because she's so good to him and does so many loving things for him that he recognizes the LOGICAL value of staying with her and makes the “right” decision.

Feelings and emotions have their own logic, which has nothing to do with what makes “sense” or what is “fair.” And the sooner you accept this as true about men, the easier everything in your love life and relationship will become.

So, how he decides to choose you is simple: emotional attraction.

The  emotional experiences that a man has when he’s around a woman are the single most powerful reasons why he either wants a long-term relationship, or doesn’t.

In other words, what a man feels as a result of the experiences he has with you are what can make him see you as a woman he absolutely needs to get closer to.

It is the allure of a woman in control… of herself.