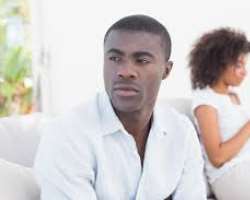 In an ideal world, every person we want to be with wants to be with us too. Unfortunately, that’s not always the case. If you’re worried that the person you’redating doesn’t think your relationship has a future, there are some serious signs to look out for.

1. He never makes concrete plans
If he doesn’t see a future with you, he won’t treat you like there’s a future. Period. That means your dates will spur of the moment, never planned, and that you’ll most likely always be the one who is doing the poking to see if he wants to get together.

4. He only wants to hang if you have s*x
Guys, even guys who aren’t serious about you, understand relationship math. If he wants to continue having s*x with you (and who wouldn’t? You’re hot!) he’s got to keep going out on dates with you. If a guy isn’t serious about you, the idea of quickly grabbing dinner before you both go your separate ways for the night is absolutely out of the question.

5. He won’t meet your friends
A guy who doesn’t see a future with you will do his best not to meet the people in your life.

Guys who aren’t into you aren’t total monsters. They know on some level what they are doing is wrong. That’s why they avoid meeting people who care about you. They just can’t handle the guilt, much in the same way they can’t handle the love you’re offering up.

6. He doesn’t communicate
He’s not trying to be a deliberate flake, you just aren’t high on his list. If you’re cool that, cool. But I for one think you happen to deserve someone who leaps up in the air when your phone number shows up on their screen.

7. He never talks about the future
You’re an open, mature person. You’ve been dating long enough that talking about the future seems like the next logical step. But you just can’t bring yourself to do it. Why? Because you know exactly where’s at. If you ask him about the future, you’ll discover that where he is concerned, there isn’t one.

I say ask him. Don’t hold back because you dread making him comfortable. Have the conversation. It’s normal and natural and don’t let him make you feel like it isn’t. Too many men ghost women rather than do the hard work of addressing their feelings. Don’t let him join their ranks. Better to hear it from him then be left wondering forever.