7 Unfortunate Traits Of People Who Will Be Single Forever 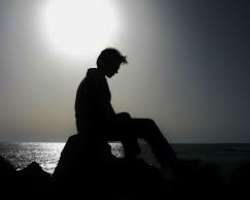 Hard truth! If you exhibit the attributes listed below, you might remain single forever! Well, except you read on, you will never know you are guilty as charged. Here are Seven traits/behaviors of people who will never be married:

2. They're Delusional
These are the people who declare they are only looking for six-foot supermodels, travel the world, and love spending Friday nights clubbing.  They use the old “I have really high standards” excuse to justify when they can't find a suitable mate, but really there's some sort of psychological blockage that doesn't allow them to fall for anyone, although they insist they're genuinely looking. They project the blame on their “standards” instead of looking inward into what they really want.

3. They Do Whatever It Takes to Be Loved
Actually, people like this do get married, but they don't stay happy for very long. They act like SuperGirlfriend/Boyfriend/Husband/Wife because they think that's how to become loved. But then they become exhausted when their partner starts taking them for granted or taking advantage of them. As a result, their efforts feel unappreciated, then they get bitter and cheat…or leave. Do unto others as you would have them do to you…but don't expect them to just because you did.

4. They Become Chameleons
You know the type. The girl who gets a tattoo because her new boyfriend is covered in them. This sounds obviously wack and even cliché, but lots of people seem to think this is a normal code of behavior when trying to attract a mate. Chameleons go through relationships like underwear, but they never get married.

5. They Can't Form Their Own Opinions
Will my mom like him? Will he get along with my dad? Will my sister think it's weird that he still lives with roommates? Will my friends think she's cool? All of the opinions can confuse them to the point that they can't even tell their own opinions from everyone else's. It's tough to find someone to marry that is going to suit the requirements of 20 people!

6. They Don't Like to Face Reality
Not the same as delusional, more like selective reality. Ever have a friend who dated a scumbag, but got angry when you so much as hinted at any flaw in his behavior? “He's not controlling, he's just very particular about what he wants me to eat. Maybe your boyfriend should care as much about what you're putting into your body. Hmph!” Good friends will stage an intervention before they make it down the aisle, or, unfortunately, something so bad happens that they are finally forced to face the harsh reality.

7. They Don't Think They Deserve Better
How can one find someone worthy of being their lifelong partner if they don't think they deserve it?  You deserve the best. Because you're good enough, you're smart enough, and doggone it, people like you.