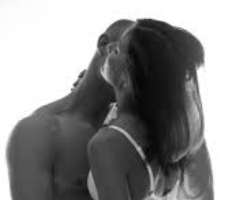 1. WATCH ROM-COMS
If your s*x life is flagging, it might be time to give Breaking Bad a break and slip to a different DVD…. like Love Actually. Because a study of newlyweds by psychologists in New York found that couples who watched and then discussed five films about relationships over the course of a month, could cut their chances of divorce.

2. STRIP OFF, SNUGGLE UP
Couples who sleep in the nuddy are more likely to get naughty. A study of more than 1,000 Brits discovered 57 % of couples who go to bed unclad, claimed to be happy compared to 48% of pyjama wearers. Couples who sleep less than an inch apart, are more intimate than couples who sleep on opposite sides of the bed. Experts at a UK-based university found 94% of couples who spent the night in contact with each other were happy with their relationships, while only 68% of those who kept their hands to themselves said they didn’t feel the romance.

3. PERFECT YOUR DOWNWARD-FACING POSE
It’s a yoga move and experts in India reckon men who do it on a daily basis can last three times longer in bed. Urologists say the isometric exercise helps them delay climax and thus get more time to enjoy themselves.

4. WHISPER, TWEET NOTHING
Twitter is the “third person” in many relationships, according to a study by a university in the US. It found that ‘active use of social media leads to greater amounts of Twitter-related conflict between romantic partners, which in turns leads to infidelity, breakup and divorce’. Another study claims texting damages relationship skills. It found men and women who used texts to apologise or settle arguments had poorer relationships and a worse s*x life.

5. WARM UP AN APPLE TART
Experts at the Smell and Taste Treatment and Research Foundation in Chicago say the smell of food can increase a woman’s s*xual desire and the whiff of apples boosts arousal by up to 24%. It’s time to get baking, guys!

6. STUB OUT THE CIGs
Men who smoke have twice the risk of developing erectile dysfunction. Smoking damages arteries, affecting circulation, affects the ability to get and maintain an erection and impedes the ability to climax. But a study by US researchers in 2011 claimed people who’d successfully kicked cigarettes had thicker, more rigid erections and reached maximal arousal five times faster than smokers who relapsed.

7. HAVE A PURPLE PATCH
Forget Fifty Shades of Grey. Couples with purple-themed bedrooms apparently have more s*x. A survey of 2,000 adults conducted online found that lovers who like to lie on lilac have three times as many ‘intimate encounters a week’ than those who have grey bedding. And if your sheets are in purple silk, you’re well away — because couples who like the slinky feel tend to feel sexy more than four times a week.

8. MORNING GLORY
Morning s*x is good for your mood and long-term health —and men are likely to last longer and finish stronger as testosterone levels peak in the morning. Researchers say that morning s*x also increases levels of IgA, an antibody that helps to fight against infection — like taking your daily vitamins… only much more pleasurable.

9. SNOG AND SMOOCH
A study of more than 1,000 couples who’ve been together for 25 years found that frequent kissing and cuddling made for satisfying s*x lives. But researchers have found smooching is more important to men than to women.

10. CHOMP ON SOME DARK CHOC
Eating chocolate — particularly dark — produces a rush of endorphins (the brain’s feel-good chemicals). Chocolate also contains phenylethylamine which stimulates the release of dopamine into the parts of the brain associated with orgasms, methylxanthines which increase your skin’s sensitivity and flavinols that can create a Viagra-like effect. But according to a recent study by Cancer Research UK, one in five women would give up s*x before they gave up chocolate!

11. DOUBLE DATE
Some couples love them while others hate the idea of sharing their date night withfriends. But US researchers claim that going out as a foursome may improve your own relationship. A study a US-based university found, seeing your romantic partner reveal information about his or herself and seeing other people respond to your partner in a validating way may not only give you a new perspective but also make you feel good about them. Just remember to go home with the right partner.