Does your spouse flirt? 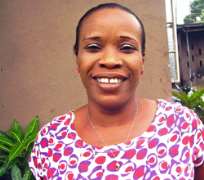 Flirting is a form of human interaction between two people, expressing a sexual or romantic interest. It consists of conversation, body-language or brief physical contact. It may be one-sided or reciprocated.

The origin of the word flirt is obscure. The Oxford-English-Dictionary (first edition) associates it with such onomatopoeic words as flit and flick, emphasizing a lack of seriousness.

On the other hand, it has been attributed to the old French “Conter fleurette”, which means “to (try to) seduce” by the dropping of flower leaves, that is, “to speak sweet nothings.”

This expression is no longer used in French, but the English Gallicism to flirt has made its way and has now become an Anglicism.
Flirting is often used as a means of expressing interest and gauging the other person's interest in courtship, which can develop into a long-term relationship. Alternatively, it may simply be a prelude to casual-sex with no deep relationship.

In other situations, it may be done simply for immediate entertainment, with no intention of developing any further relationship. This type of flirting sometimes faces disapproval from others, either because it can be misinterpreted as more serious or it may be viewed as “cheating” if the person is already in a romantic relationship with someone else.

People who flirt may speak and act in a way that suggests greater intimacy than is generally considered appropriate to the relationship (or to the amount of time the two people have known each other), without actually saying or doing anything that breaches any serious social norms. One way they accomplish this is to communicate a sense of playfulness or irony.

Flirting may consist of stylized gestures, language, body language, postures and physiologic signs. Among these are:

3. Casual touches such as a woman gently touching a man during conversation

8. Online chat is a common modern tactic, as well as other one-on-one and direct messaging services

9. Footsie, the “feet under the table” practice

While some of the subconscious signs are universal across cultures, flirting etiquette varies significantly across cultures which can lead to misunderstandings.