Would you allow your wife to seek greener pasture abroad? 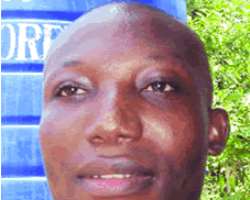 Akin and his wife Lara are facing a lot of hardship and there seems to be no solution, but he agreed to his younger brother's suggestion that Lara should travel abroad to meet his wife, so she could try her luck and get something doing. Akin's younger brother's wife had been in Australia for eight years.

She works and sends money to her family.

The idea sounds good to Akin and his wife, who already have three kids, the eldest being nine years. She finally left for Australia, stayed at home for almost seven months before she got a job as a cleaner at a sub-way. Well, that would at least put some food on the table.
But as time went on, her boss, who is married and has two kids in Nigeria caught her attention and they started having an affair.

She deserted her family and joined the boss in his four bed-room apartment. She got pregnant, but refused to abort it, in order to gain a stay. All these were not hidden from the husband who, at this time had become rich and has a good job.

But as fate would have it, there was a rift between Lara and her boss and he set her up. Lara was eventually repatriated to Nigeria, leaving her with nothing whatsoever, other than her one- year- old son.

Her in-laws came around to know whose baby he was but at the end of the family meeting she was sent out of the house, and without the sympathy of her children she left behind for six years .

If your wife decides to travel abroad for greener pasture, leaving your kids behind would you allow her?

Travelling abroad is a good thing and good idea, but what is the purpose?

For my wife to travel abroad and leave the children for me alone to cater for is uncalled for and abnormal.
If her job requires her to travel abroad on a course, they would have been aware she is married, therefore the duration would be short.

But for her to travel in search of greener pasture is not wise . A man alone cannot take care of the children and the home. Proverbs. 22:6 says “Whatever God has joined together, let nothing whatsoever, be it distance, purpose put asunder.

My wife has a role to play in the home, if she is absent, the vacuum is felt and it is a great disaster for the home.
We together can make it in life, not necessarily travelling overseas.

Let us be aware that a home without a wife/mother is incomplete and there are more dangers threatening such homes.

Proverbs. 31:10-31 says “A good wife is always with her family…”. The word of God also points out that “…a wise woman builds her home but the foolish pulls hers down with her own hands”. We should not allow anything to destroy our homes.

For this cause shall a man leave (detach) himself from his parents and cleave to his wife and the two shall become one. Gen. 2:24. Psalm 127:3 says “Children are the reward of this union”

Kai, I won't allow her, even if it is just for a month. Who would stay and watch over my children when I am not home? I hope not a house help?

Even if her mother comes, I still would not allow her to go. A day without her in my home, she is gone.