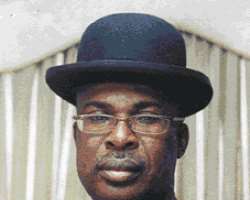 Mrs. Sylva, speaking at the flag-off of the state-wide mass de-worming and fight against Malaria exercise in Nedugo-Agbia, Yenagoa Local Government Area, explained that though the state government, through her office and the Ministry of Health had stepped up campaign against child mortality, it has been discovered that strange insects' bites sucked nutrients from children capable of retarding their mental and physical development.

She disclosed that the strange insects also destroyed tissues and organs in the children and destroyed a tissue, which causes abdominal pain, diarrhoea, intestinal obstruction, anaemia, ulcer and other related health issues in the infected children.

While pointing out that preliminary report on the spread showed that the rising effects of the insect bites are provoked by poor sanitary conditions in some communities of the state, Mrs. Sylva challenged parents to take advantage of the immunization policy of the state government to protect their children.