Not on This One, Buhari! 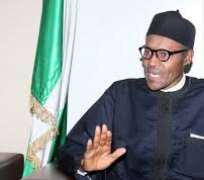 “The royalists of the economic order have conceded that political freedom was the business of government, but they have maintained that economic slavery was nobody’s business.” – Franklin D. Roosevelt, 1936

President Buhari was in faraway London to attend an Anti-Corruption Summit when the British Prime Minister, David Cameron, made a statement that Nigeria and Afghanistan were “possibly the two most corrupt countries in the world”. The statement which was not given to the press, but made in passing, somehow found its way into the media, and made big headlines back home in Nigeria. As usual it took different interpretations.

For several hours, the unfortunate statement trended on social media and as usual, there was no response from the President until I saw the full video of the incident. The Prime Minister truly made the statement but was put immediately in order by the Archbishop of Canterbury who said (about President Buhari): “But this particular president is not corrupt... he’s trying very hard…”

Let’s not go further into the politics of it, but one thing I like most about the whole matter is the President’s maturity in responding to Cameron’s comment that he had no use of anyone’s apologies on the incident, but for a refund of assets “stolen” from Nigeria now hidden in Western countries. I agree with Buhari on this one and others previously!

As if the drama was a ploy to distract Nigerians from what was to happen at home, the Minister of State for Petroleum, Dr Ibe Kashikwu, while his boss was attending the London conference, was busy doing his utmost to convince Nigerians of their new reality. The reality that Nigerians will now officially purchase PMS or petrol at N145 per litre!

As expected, the announcement was greeted with rude shock. On being told of the new price regime, I began calculating my daily expenses which are sure to increase as a result of the new price of the product.

Let us get some clarifications before we continue. First, the government’s new policy is nothing new really. Some have blindly called it subsidy removal. They told us in the peak of their passion that the subsidy regime was no longer sustainable, hence the need to remove it.

Second, there was never any subsidy in the first instance so there was nothing there to be removed. What just happened with the announcement last Wednesday was just fuel price hike, and not subsidy removal.

The nation’s Vice President, Professor Yemi Osinbajo in a desperate attempt to defend the new policy, said the Buhari regime has not removed subsidy. In his own words writing under the title: The Fuel Pricing Debate: Our Story, he writes, “…the real issue is not a removal of subsidy. At $40 a barrel there isn’t much of a subsidy to remove.” Again, even if the Vice President has come out to say that “there isn’t much subsidy to remove” some of us still have the suspicion as to whether the so-called subsidies is not just another way some persons are cutting their own portion of the national cake!

This leads me to my second point: what really does deregulation mean? If my understanding of the word is still relevant, my commonsense understanding of the term simply means reduction or elimination of government control or regulation in a particular industry, usually enacted to create more competition within the industry. If then it is true that government is deregulating the downstream sector of the economy, we then expect that bodies like the Petroleum Products Prices Regulatory Agency (PPPRA) and related bodies, whose existence would have become redundant would have been abolished by now. The fact that the same body, PPPRA, now fixed the price at N145 per liter of petrol tells me a lot about the so-called deregulation the government is pursuing!

That equally reminds us, some of the arguments the governments over the years have made in support of deregulation and subsidy removal are just laughable. On one hand the government will blame shylock businessmen and vested interests as the reasons the refineries cannot work. They will tell us that only privately-owned refineries can solve the problem of the oil sector. On another hand, as former Minister of Information, Labaran Maku, has said that government has been an “irresponsible” businessman, that government has no business in business. Since government has no business in business, the economic royalists (as Franklin Roosevelt once called them) should do business at the state’s expense. The only thing left to be said is for the same government to come out to tell us something like: “Fellow Nigerians, the crisis in the oil industry is really not our fault. It is also not the fault of the independent and major marketers. The problem is that as a Government were are irresponsible, clueless and reckless. As a result of these characteristics of ours, we are hereby surrendering our responsibilities to the royalists of the economic order to build and maintain refineries.” Though they have not been making frank statements as these, these have been what their defense of their inability to build and maintain the refineries look like!

Since 2003, it appears the government has not had a new argument save the same quotidian arguments in their rabid defence of failing policies like deregulation. The fact that at one point, the Obasanjo administration justified the increase in pump price of petrol with the increase in international oil prices, how then does one explain an increase in oil price at a time when the international oil prices are at all-time lows? To this, they brought a third force into the equation-the high foreign exchange rate!

Experts, we presently have many of them, have argued that the rationale for deregulation is often that fewer and simpler regulations will lead to a raised level of competitiveness and as a result, there will be higher productivity, more efficiency and lower prices overall. No doubt, the Federal Government of Nigeria wants us to believe in that, but the problem is that this has been said about the deregulation during Obasanjo’s administration. When the price was high, we all felt it badly. Why then will the ordinary citizen believe that it will bring availability and price reduction when deregulation has come to mean price increase?

In the light of this, some other experts assert that the latter consequences of deregulation are: elimination of small companies, elimination of convenience and comfort, reduced wages, laying-off of workers and reduction of environmental safeguards and others.

These consequences are inevitable in a country like Nigeria where the economy is not as strong as in the developed world, where corruption is high and where there is relatively no freedom of information. Since this administration wants to apply certain regulation(s) similar to what is obtained in the developed countries, what is wrong therefore if Nigerians asked for a similar standard of living, effective refineries, elimination of corruption, constant supply of petroleum products and electricity like the developed countries?

What is playing out in the oil sector with the recent policy statements from the government are nothing but bold-faced corruption and first-rate irresponsibility. Even if we are told to trust and support Buhari for his honesty and anti-corruption stance, we cannot trust that he will be Nigerian president forever. On this issue of subsidy removal, deregulationor fuel price hike, I beg to disagree.