Michael Ubogu: A Man of Integrity 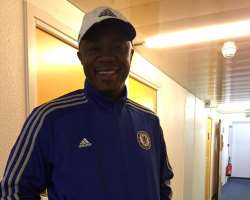 High Chief Michael Orobosa Ubogu,the Enyioha 1 of Obingwa and Managing Director of Micura Services Limited. He hails from Isoko-Ndokwa in Delta State. He had both his primary and secondary education in Delta State before proceeded to Obafemi Awolowo University where he read Personal Management and graduated with flying colours.

Having worked with several private companies from causal worker to manager, he resigned voluntarily even when he had a job offer of #12million+ accommodation +car in a year but decided to listen to his wife who advised him to start his own company that would give him more than that offer. Today, Micura Services Limited is a brand in the Maritime industry and he is the present Vice President of National Association of Stevedoring Companies, South West zone. He is a creative motivational speaker per excellence.

Born 46 years ago, to an average family that believes in culture and tradition. He has also attended several professional seminars and conferences in both Nigeria and abroad.Micura Services Limited has employed over 5000 workforce since 2007 till date both direct and indirect and is one major outsourcing manpower co-ordinator in Nigeria and companies like Bua,Dangote and others have professionally benefited from Micura services.

Since May, 2013, Chief Michael Ubogu has empowered over 30 Wazobia Widows Foundation in Ajegunle with the sum of #100,000 each and also gave free scholarships to the widows’ children to University level. He is the father of the poor in Nigeria. He has sponsored several grassroots sports competitions running into millions of naira in Ajegunle and Delta State to develop young football talents.

Michael Ubogu is popularly called as ‘Big Striker’ by friends and admirers. His philanthropic footprints are felt in all strata of life. He is an easy-going person, disciplined and contended with life. He is a patron to many creative organisations including Mindset Media Limited.

He has received many meritorious awards to his credit. He is one young Nigerian CEO that knows all the birthday dates of his workers and calls them for congratulations with special birthday gifts of love. He is happily married to Princess Uloma Ubogu,an international trained businesswoman and blessed with three lovely children.