Dressing Responsible is from the Mind…Don’t Judge Others 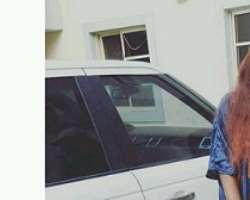 Dancehall singer, Cynthia Morgan, seems to be in a good mood as she took her time to give her fans some explanation about the way they see other people.

This is coming on the fact that she had shared a picture of herself looking well dressed in the outfit which she had bought for her grandma but decided to try it on.

She was praised by many as they described her as been “responsible” on the outfit. But trust madam Cynthia, she sure got good reply about how people perceive their fellow man.

According to her, “who responsible epp? Stop labeling people responsible by their dress code. Dressing up is a feeling and very in the moment been responsible is a thing of the heart and serves lifetime