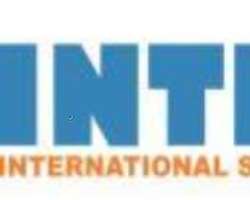 (Onitsha Nigeria, 10th of April 2016)-In Criminology, “dark sides or figures of crimes” are totality of crimes reported to the police but not recorded in the crime statistics or records of the Police Force for primordial, nepotistic, incompetence and corruptive reasons. In the subject under discussion, captioned and underlined above, dark sides inherent in the latest DSS public statement in which it accused the IPOB of masterminding the abduction, murder and shallow burial of five “Hausa-Fulani” citizens in Isiukwuato LGA of Abia State; are singling out of citizens of a particular section of the country and their alleged abduction, murder and shallow burial as deserving national securitization attention and urgent concerns; while trashing others in similar category or fate into the dark sides dustbin.

The literal meanings and summaries of the DSS latest public statement are: (1) there are indiscriminate State actor and non-State actor related killings going on in Abia State; (2) there are indiscriminate dumping of murdered citizens in burrow pits and shallow graves in Abia State; (3) there are indiscriminate shallow mass graves in Isikwuato LGA of Abia State where the Service discovered five lifeless bodies of the “Hausa-Fulani” citizens and other shallow graves containing over 50 yet-to-be identified others; (4) IPOB has resorted to reprisal killings and armed violent group; (5) alleged perpetrators of the said abduction, murder and shallow burial of “five Hausa-Fulani” citizens are still on the prowl; (6) Hausa-Fulani natives are the first class citizens in Nigeria deserving special government protection and concerns, while other natives particularly Igbos are second class citizens deserving no State protection, attention and concerns; (7) among others.

Further, the DSS publication has completely vindicated the recent position of ours(International Society for Civil Liberties & the Rule of Law) that Abia State is riddled with indiscriminate killing of unarmed civilian citizens and dumping of their lifeless bodies in shallow graves or burrow pits. In February 2016, 16 bodies of murdered citizens suspected to be members of IPOB were discovered and pictured in two communities close to Aba in Abia State. Informed alarms were raised, leading to our detailed compendium of facts and text to the Federal Government; yet no response till date. We went further to bring the attention of the Government of Abia State via a letter; again, nothing was done, except setting the corpses ablaze to erase traces of culpability. Just recently, there was another report of discovery of eight more dead bodies dumped in fold pit in the border town of Etche in Rivers State. The Community is between Abia, Imo and Rivers State.

Unlike the DSS account, which originated and ended in text with no pictorial, video and other graphic backup pieces of evidence; ours was statistically and pictorially presented with video clips. Even though the DSS account is characterized with inherent minuses and flaws, but we are tempted to not to discard it because in crime statistics and its management; DSS account is treated as official crime statistics, despite its inherent flaws. The DSS account under reference is also terminally sick in reliability, validity, credibility and reality. It is also inter-service encroachment oriented.

By statutory establishment, the DSS functions are strictly restricted to interior intelligence, protection of VIPs and oversight or auxiliary functions in the areas of crimes against the State and public stability; and certainly not street crimes (i.e. crime against persons, such as murder, abduction, etc). In the instant case, the best the DSS would have done was to share basic intelligence or outcome of its preliminary investigation with the Homicide Department of the Nigeria Police Force; assuming the Service was the first security intelligence outfit to be alerted by complaining parties (if any). In standard criminal investigation management, two dominant ways of criminal reporting or complaints are by operational beat or citizen report.

That is to say that the DSS magisterially usurped and encroached into an area outside its statutory and operational mandate; leading to quackery issuance of the public statement, quackery presentation of same with quackery and hasty conclusion (i.e. linking the alleged crime to IPOB) Strictly speaking, “crimes of abduction, murder and unlawful interment” reside with the Homicide Department of the Nigeria Police Force under the Force/State Criminal Investigation Department (FCID or SCID) and the office of the Director of Coroner’s Inquest of a State and not the DSS. The DSS may supplement (not supplant) the roles of the Nigeria Police Force in intelligence gathering and sharing particularly in the area of abduction (only if abduction element is so contained in the instant case). There is nowhere in the DSS structure and establishment (i.e. National Security Intelligence Agencies Act of 1986) where “the Homicide Department” is located, except the Nigeria Police Force.

Therefore, the only indisputable fact that we can make out of the DSS public statement under reference, is that “Abia State is presently riddled with indiscriminate killings and dumping of those unlawfully killed citizens in shallow graves and burrow pits”. This stark truth is also within the reach of non State actors or “unofficial crime statisticians or sources”. As for the true identities and nativities of those allegedly murdered and shallowly buried as well as those who allegedly killed them, as told by the DSS; it is statutorily and professionally left for the Homicide Department of the Nigeria Police Force to determine same through impartial and in-depth investigations. Further to this is when and how they were murdered, which reside in the hands of criminal pathologists and office of the Director of Coroner’s Inquest in Abia State.

Until concrete and satisfactory answers are provided and until the Homicide Department of the Nigeria Police Force and the office of the Abia State Director of Coroner’s Inquest step in to unravel these, the DSS public statement under reference will remain thousands of miles away from science of reality, reliability, validity and credibility. This is more so when the Service has earned national and international notoriety in spearheading the use of judicial and structural violence against the Indigenous People of Biafra or IPOB, its leadership and teeming supporters across the country particularly in the Southeast and the South-south Zones of Nigeria. It may most likely be another way of “giving a dog a bad name so as to hang it”. The outcome of our demanded investigation shall tell.

In all, it remains our resolute position that killing of any Nigerian citizen outside the law irrespective of his or her tribe, colour, sex, age or religion; whether by State actor or non-State actor is frowned at and condemned at all times. Worst of the condemnation is class-treatmentof Nigerian citizens by the country’s security and other law enforcement agencies and officers of the government; whereby citizens of Igbo origin are treated as if they are sub humans and destined to be killed like fowls, while those of Hausa-Fulani and Yoruba origins are kingly treated and protected by the State using our collective or common resources.