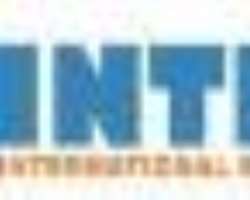 (Onitsha Nigeria, 5th of April 2016)-Following intensification of falsehood, propaganda and evidence destruction by leaderships of the Nigerian Army and the Nigeria Police Force under statutorily retired but cabalistically retained Lt General Turkur Buratai and retiring IGP Solomon Arase respectively; over mass shooting, maiming and killing of dozens of unarmed, non violent and innocent IPOB/pro Biafra activists and their supporters across the Southeast of Nigeria as ordered by the duo recently, the leadership of International Society for Civil Liberties & the Rule of Law (Intersociety) has resolved again to bring to the attention of all Nigerians and members of the international community including all international rights and media groups the irrefutable, un-concocted and shocking evidence ofhow jubilant and unarmed IPOB/pro Biafra activists, in their dozens, were shot at close range, maimed, abducted, murdered and dumped at the Anambra State Government owned Onitsha General Hospital by soldiers of the Onitsha Military Cantonment, headed by Col Issah Abdullahi.

As a research and grassroots oriented rights organization in Nigeria, located at the heart of the Niger and Southeast of the country, we are appalled and saddened at all times reading and listening to lies or falsehoods of intensified magnitude dish out on daily basis by the military and the police authorities in the country as reasons for their actions or omissions to act in the dastardly act. The worst of it all is that the present Federal Government of Nigeria’s official policy is quadrupled into:repression, violence, falsehood and propaganda. It already appears that the federally ruling party’s propaganda czar; Mr. Lai Mohammed, has exhausted stockpiles of lies or falsehood and propaganda in his party’s information warfare and warehouse and ordered for more containers-load from the Middle East and other troubled Africa countries and failed States.

The likes of retiring IGP Solomon Arase and his army counterpart, have lied over their ignoble roles in the dastardly act, to the extent of getting exhausted in the business of lying. The retiring IGP appears to have given up to lying and resort to reckless issuance of threats to use mass violence against unarmed and defenseless Nigerians. Some Say that he has now resorted to unholy exit strategy for the futile purpose of circumventing his gloomy post retirement life within and outside the country, following speedy and steady ticking of his exit clock. The Buratai led army authorities, on their part, now go on rampage in evidence destruction and remedial makeshifts including use of psychological violence, physical intimidation, material evidence destruction, unfounded and trumped up accusation, arbitrary arrest and illegal detention, image laundering through hiring or partnership with conformist civil society groups, warped excuses and justifications of their grievous rights abuses and establishment of fire brigade approach, called-civil-military relation or human rights desk, all geared toward escaping culpability particularly in the eyes of international law and humanitarian principles etc. As we speak, for instance, no reasonable person can say for certainty whether maimed, battered, lacerated and detained Nigerian Shiite Muslim leader, Sheik Ibrahim Zaky El-Zaky, is still alive or dead following his over 90 days of solitary incarceration in the hands of coercive agencies of the Federal Government of Nigeria.

Nigeria As A Rogue State Party Under International Law & UN System: Nigeria’s international obligations are speedily and steadily endangered or threatened. This is because its conducts under discussion are fundamentally affront to the Purposes and Principles of the United Nations; defined in Articles 1 and 2 of the UN Establishment Charter of 1945 as: “the maintenance of international peace and security; respect for the equal rights and self determination of the peoples; international cooperation in economic, social, cultural and humanitarian matters, and the promotion of human rights for all without distinction”. Failure or omission to adhere to these purposes and principles of the UN by any member-State particularly the Federal Government of Nigeria is inexcusable and considered a serious threat to international peace and security.

According to Professor Thomas Hobbes, “the sovereignty of a State is no longer absolute. It is now challenged and kept live in the ability of the State to provide for the general wellbeing of her citizens (i.e. security and welfare)”. This is now commonly called “sovereignty as a responsibility or citizens’ sovereignty”. The State of Nigeria as presently constituted is steadily failing to live up to these expectations and sacred responsibilities. Turning State’s guns against its unarmed and nonviolent citizens are inexcusable crimes against humanity and a fundamental breach to the purposes and principles of the United Nations as well as the basic standards of the international law and humanitarian principles. Crimes Against Humanity are expressly and unambiguously defined by the UN and the International Criminal Law as “murder, extermination, enslavement, deportation and other inhumane acts committed against any civilian population, before or during the war, or persecutions on political, racial or religious grounds in the execution of or in connection with any crime within the jurisdiction of the UN or any of its recognized criminal courts, whether or not in violation of domestic laws of the country where perpetrated”.

Others are: (9) Coercive agents of member-State concerned must not carry out order or cover up extra judicial executions or disappearances and refuse any order to do so; and (10) such concerned coercive agents of the member-State shall report all breaches of those basic standards to their superior officers and to the office of the Public Prosecutor and ensure they are fully investigated”. We invite all Nigerians and members of the international community to compare and contrast these international provisions willingly acceded to by Nigeria as a member of the United Nations and the dastardly act of opening fire, maiming and massacre of dozens of unarmed and nonviolent Nigerians in the streets and perimeter fenced school grounds.

Breaches of the basic standards of the International Law and Humanitarian Principles and the Purposes and Principles of the United Nations by any member-State are considered by the UN and its Security Council as a serious threat to international peace and security and such breaches attract against such errant member-State coercive or non coercive humanitarian interventions and severe consequences. The United Nations had also in 1996 expanded “threats to international peace and security” to include “(1) extreme or complex humanitarian emergencies occasioned by gross human rights abuses by State or non State actors; (2) internal violence or armed conflict; and (3) disruption of democracy”.

This was in response to explosion, after the cold war, of intra-State violent conflicts and reckless abandon with which State actors particularly in Africa, internally suppress and massacre hundreds of thousands of their unarmed and innocent nationals or non combatants mostly in peace times in pursuance of repressive and discriminatory State policies particularly personal and structural violence based on prohibitive and annihilative social, economic and cultural policies. With these innovative changes at the international community, the absolutist State sovereigntywas tamed and made flexible and era of impunity for regime crimes trounced.

The detailed analysis above is to educate the likes of Lt Gen Turkur Buratai and retiring IGP Solomon Arase that immunity within borders is not timeless andimmunity across the borders has no place in the lexicon of international community. They can tell all the lies on earth while hanging on their uniforms but once their uniform immunities (if any) elapse, the international law as it is and as it ought to be shall command them to account for their actions and conducts while in office. The fate of Charles Taylor and Laurent Gbagbo send clear messages to otherregime criminals that there is no hiding place for them.

We had earlier reported, grounded in facts and figures that the leaderships of the Nigerian Army and the Nigeria Police Force under Lt Gen Turkur Buratai and IGP Solomon Arase had between August 2015 and 9th of February 2016 jointly opened fire at close range on unarmed and non violent IPOB/pro Biafra activists, leading to the instant killing of over 80 of them and maiming of over 170 others. Hundreds of them have also been arrested across the country by the Nigeria Police Force and arraigned with unfounded, politically motivated and ill conceived felonies carrying as much as death penalty and life imprisonment on judicial conviction commonly under kangaroo circumstances.

The two senior security heads’ culpabilities stem from their widely published operational statements authorizing their sub commanders and subordinates to “use maximum force and other means available” to respond to nonviolent and peaceful processions, matches, prayers and street protests embarked upon by millions of IPOB/pro Biafra activists and their supporters across the Southeast and the South-south Nigeria. Each time their murderous orders are carried out by their subordinates, they storm public arenas and announce rewards for such “gallant” officers. Such rewards include promotions and other in-kind gifts or recognitions. They are also individually culpable on account of their refusal or omission to act to bring perpetrators to book; in other words, they also aid and abet.

In the second part of this statement, we shall furnish all Nigerians and members of the international community including all the international rights and media groups the detailed statistics concerning the Butchery Across the Niger perpetrated by soldiers of the Onitsha Military Cantonment, commanded by Col Issah Abdullahi, under the chief security watch of the Government of Anambra State led by Mr. Willie Obiano. In the entire shooting, maiming and killing, five locations are associated with those shot and maimed. They are (1) Onitsha, (2) Asaba, (3) Enugu, (4) Aba and (5) Igweocha (in Rivers State). Three locations, on the other hand, are associated with shooting and killing. They are (1) Onitsha (1 &2), (2) Aba (1, 2 & 3) and (3) Igweocha (Rivers State).