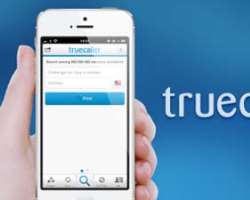 The new features, Smart call History, Availability, and a Built-in dialler feature, are configured to make communication safe and more delightful for users by providing more information about those they communicate with.

Explaining the rationale behind the new additions during the formal lunch, Alan Mamedi, co-founder and CEO, Truecaller noted that since Truecaller has become a necessity for hundreds of millions of mobile phone users all over the world, it is therefore imperative to improve the way these people make phone calls with Truecaller Apps features.

He said, 'Truecaller has become a necessity for hundreds of millions of people in their daily communication by always knowing who's calling them and protecting them against spam calls. We are now taking this to the next level by changing the way people make phone calls with our integrated dialler and adding more context to your contacts that has never been seen before.'

With the Smart Call History feature, Truecaller app users need not save contacts to their phonebook if they wish not to. This feature replaces unknown numbers with real names and faces in users' call history even when the numbers are not saved in their contacts by looking through the Truecaller data base.

The Availability feature shows the user if the contact he or she intends to call is free to talk or not. This means that when a user is on a call or in a meeting (which must have been scheduled on the Calendar App), Truecaller shows him/her as busy (a red dot) to the contact on his/her phonebook that also use Truecaller. So you no longer get a busy signal or interrupt someone.

With the Built-in Dialler feature which allows Truecaller users make calls directly with App, users can also completely replace their existing dialler and only use Truecaller for all their calls.

It will be recalled that Truecaller launched the Truedialer in 2014 to bring similar improvements to the dialler, which had not evolved since the introduction of the smartphone. However, following overwhelming demand from users, Truecaller is now integrating many of the great features from Truedialer into Truecaller to give the users full control of their entire calling experience with just one app.

According to Mamedi the integration of these new features make the Truecaller an essential app for anyone looking to have more control over their incoming and outgoing calls. He also disclosed that these features will be available for Android Truecaller users, and will be rolling out in the coming weeks.