THE GROWING CAREER OF AN INTERPRETER ( TRANSLATOR) IN AFRICA. 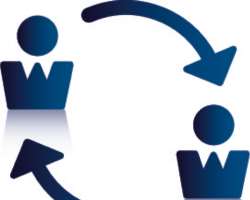 NEATLY dressed, the British colonial era African interpreter or translator in many Anglophone countries in the continent of Africa, was an important communication link between the white man and the native village king and inhabitants in the community at the time.

Being the first to receive British education amongst their peers, the early black African interpreters are brilliant school dropouts from poor homes or families who for one reason or the other could not complete the standard six basic primary school education that could have afforded them great opportunity at the time to further their education to become lawyers or accountants, the most common professions at the time for most privileged brilliant Africans.

In his service as the voice of the king and his people, the interpreter is an important personality, word for word, he conveyed the message of the king and expressed the need and wishes of the people to the white man at any official social gathering or village community meeting

At any stage when the interpretation gets stalled as to how to express a difficult English word or grammar, he made the sentence short and simple to enhance understanding in conveying the message of the white man to the king and his people and vice-versa. Whether he is right or wrong, the king and his people smiled and nodded their heads and wonder about the skill and dexterity of the translator.

As a tourist accomplice, public or church interpreter or translator, African black interpreters in their service to the king, community or church, played a very significant role for the growth and development of the church, people and their community.

Today, things have changed about African interpreters. Besides having the basic primary education, they read up to university level and many become professional teachers, actors, radio or TV Journalists or broad casters and specialists in the English language.

Modern day education allows an individual to be proficient and professionally competent in as many languages as he or she can learn, write and speak. Many today specialize not only in the English language as a subject, but in many other languages taught in secondary and tertiary institutions in Anglophone or Francophone countries in Africa.

Linguists today are teachers and lecturers in secondary schools, teacher training colleges and tertiary institutions in many countries.

Many linguists today are top diplomats and staff in many foreign Embassies at home and abroad. Many are also employed as accomplices in Tourism and Hospitality industry in many countries. Others are employed by the government, national or international organizations as interpreters in Conferences, Seminars and Meetings.

Globally, poor language proficiency has a great negative effect for job seekers, in religion, business or trade. Skill in any language enhance social interaction with the local people in the community. A person from an Anglophone country may find everyday life difficult in a Francophone country, if he or she does not speak French or any of their local native languages with which the people communicate with in their everyday live.

The little French and native Ewe language i learnt during my stay in the French colonised Republic of Togo a few years ago greatly enhanced my everyday social life with the people particularly when it comes to transportation, religion and haggling with traders to buy things in the local market using the CFA currency.

I am today grateful to my Korean language teacher, Dr. Chung of the Rural Development Agency, Suwon Korea, for the pains he took to teach the 1995 KOICA foreign student class in Korean alphabet, vowels and word pronunciation. The early morning breakfast language class enhanced individual student’s communication skill in a country whose Lingua Franca is the native Korean language.

Many African traders and scholars today benefited from Russian, Chinese, Korean, Indian, German, Japanese trade, business and education opportunities, because they could speak and write in these languages.

Parents in Africa with the opportunity of the United Nation Millennium Development Goal for universal basic education for children in all nations of the world, must allow their wards boys and girls to read and specialize not only in English language, but also in languages of other countries around the world such as: French, German, Arabic, Indian, Russian, Korean, Chinese etc and other local languages native to the country you may wish to visit now or in the future.

Today many African native or local kings or chiefs or heads of states, are well educated and vast in speaking other languages apart from the English language and the need for an interpreter is becoming more and more unimportant. They officially receive white visitors and personally talk to their people in English or French or the native language they understand well.

Becoming a linguist makes you feel at home in any country you may find yourself around the world.

The tourism and hospitality industry of each nation, globally must advice intending tourists to learn the language of the country he or she wishes to visit or special in. Evening classes may be set up in host countries for interested foreign tourists or visitors to make them appreciate more the value of social communication and interaction with the people in strange and foreign land far away from their own native home.