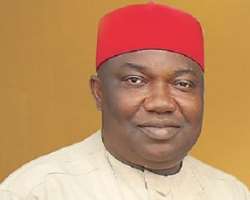 The governor, while giving his accent to the budget, said that the appropriation law would enormously serve the people, adding, “It will enable us to serve the people of Enugu State selflessly.”

He was full of thanks for the speaker and other principal officers of the State House of Assembly for speedy passage of the budget, describing them as the true heroes of democracy.

“On behalf of the government and people of Enugu State, I commend you and promise that we will continue to partner to serve our people,” he said

In his response, the Speaker of the House, Hon. Edward Ubosi, said the budget had gone through rigorous process of readings and other stages before it was passed, adding, “Everything has been normal; it is now left for me to forward to you for assent,” he concluded.