ACTOR SON OF MICHAEL DOUGLAS GETS FIVE YEARS IN PRISON 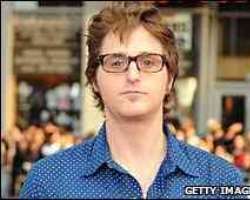 Douglas has battled drugs since he was 13
The son of Hollywood actor Michael Douglas has been sentenced to five years in prison for dealing methamphetamine and possessing heroin.

Cameron Douglas, 31, pleaded guilty to the charges in January after his arrest last year at a hotel in New York.

“I'd like to apologise to my family and my loved ones for putting them through this nightmare of my own making,” Douglas said in court on Tuesday.

Michael Douglas sat behind his son in the packed courtroom in Manhattan.

The Academy Award-winning actor had written a letter to the judge asking for leniency, as had his father – veteran actor Kirk Douglas – and step-mother, Catherine Zeta-Jones.

“My stepson is a caring, considerate, worthy human being,” wrote Zeta-Jones.

'Difficult chore'
Cameron Douglas's mother, Diandra, was also in court. She was married to Michael Douglas from 1977 to 2000.

Cameron Douglas will be credited with time already served, having spent the last eight months in prison on remand.

The defence had requested that he be sentenced to three and a half years at the most.

Prosecutors alleged Douglas was the middle man in a scheme to smuggle large amounts of methamphetamine from California to New York.

He told the court he wanted to lead a drug-free life.

“If I should be so fortunate as to have another chance, I will never squander that opportunity,” he said.

During the sentence hearing, US District Judge Richard M Berman described how Douglas had abused drugs since the age of 13, noting that he had abstained since going to prison in August last year.

But he said he was doubtful that Douglas could turn his back on drugs for good.

“That will be a very difficult chore. I think this case and this sentencing may well be his last chance to make it,” added Berman.

Douglas has appeared in a number of films including It Runs In The Family, which also starred his father and grandfather.