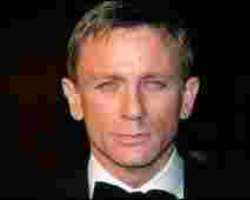 Producers Michael Wilson and Barbara Broccoli said they did not know when work on the 23rd Bond film would resume and there was no date for its release.

James Bond is one of the longest running franchises in film history.

Wilson and Broccoli, of EON Productions, said: “Due to the continuing uncertainty surrounding the future of MGM and the failure to close a sale of the studio, we have suspended development on Bond 23 indefinitely.”

Daniel Craig, who made his Bond debut in Casino Royale in 2006, said: “I have every confidence in Barbara and Michael's decision and look forward to production resuming as quickly as possible.”


WILL WE SEE BOND 23?
Work started on the film almost immediately after Quantum Of Solace hit cinemas

No director was hired, but Sam Mendes was in talks

Film studio MGM put itself up for sale in November 2009

With debts of $3.7bn (£2.4bn) the studio may be unable to fund a new Bond film until it finds a buyer

MGM could also sell the Bond franchise to raise capital

His first outing, in Casino Royale, was the most successful instalment in the franchise's 48-year history, taking $594m (£385m) at the global box office.

There is little doubt he will eventually return to the role, said Helen O'Hara from film magazine Empire – either with the backing of MGM or another film company.

“The last two films have done phenomenally well, and the series is a very reliable performer,” she told the BBC.

“If the Bond franchise went up for sale I don't think there'd be any problem at all.”

Work on the latest film was still in the early stages, Ms O'Hara added.

“I'm not sure they were very far on,” she said. “The Bond machine is always in motion and it felt like it was just beginning to heat up.

“You were beginning to have the inevitable and endless casting rumours – Rachel Weisz had been mentioned – because the British press goes nuts for it.”

EON productions holds the rights to Ian Fleming's works – including the Bond series and Chitty Chitty Bang Bang – while film studio MGM owns the rights to the Bond film franchise.

The studio is also home to the Pink Panther and has a stake in the forthcoming Hobbit movie.

Several companies have expressed an interest – but offers are thought to be significantly below the $2bn (£1.3bn) sought by MGM and its debt holders.