Fuel scarcity: Jonathan is not to blame 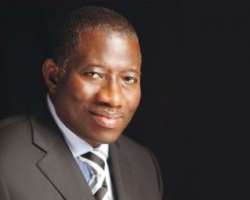 Dear Honourable Minister Lai Mohammed, Greetings and congratulations on your recent and well deserved appointment as Nigeria’s Minister of Information. You may recall that we met on the set of ‘Politics Today’ in May of 2011 soon after I was interviewed by Deji Bademosi and just before you were interviewed.

The purpose of my letter to you today is in response to your statement made on Monday the 21st of December, 2015 in which you accused former President Goodluck Jonathan, whom I served as one of three spokesmen, of being responsible for the current excruciating fuel scarcity now subsisting in Nigeria.

Your exact words were “What I will be telling Nigerians is that what we met on ground is such that we are paying for the sins of the last administration…..One of the reasons for the fuel scarcity was the inability of the last government to make adequate provision for fuel subsidy”.

My candid take on your message to Nigerians is that it is an abdication of responsibility on your part and does not project you and the government you represent as being responsible. Government, as you very well know, is a continuum. One government takes over from where the other stopped and to say that an action in December of 2015 (six months after ex President Jonathan handed over to the incumbent on May 29th, 2015) is the fault of the last President, is to confer super human powers on Jonathan.

To prove to you that it is wrong to blame the former President, I will quote the words of the incumbent President. A month ago, President Buhari, while speaking to the Nigerian community in the Iranian capital, Tehran, said “I believe if you are in touch back at home, you would have been told that already there is some improvement in power”.

Those were the words of President Muhammadu Buhari in Tehran on November 25th, 2015. You, Honourable Minister, also boasted about the improvement in power back in August 2015, when you attributed the improvement to the ‘body language’ of the ‘new sheriff’ in town. You may recall that you said “I say it anywhere I go that even though we have not added one single megawatt to power, there has been improvement.

My colleagues in the PDP will say no; that's not true. But I maintain that this improvement is as a result of the kind of integrity that President Buhari has brought to leadership.” Now, you and I know that despite what you said about the President’s “body language”, there is absolutely no way that any action or inaction of President Muhammadu Buhari could have led to an improvement in power.

All the new power stations that have come on stream this year were either built or completed by Jonathan. Absolutely all of them were conceived, funded, built and commissioned by Peoples Democratic Party, PDP, Presidents, the same party that you said had destroyed Nigeria. On October 19th, 2013, then President Jonathan completed and commissioned the 530 Megawatts Omotosho Power station Phase 2 begun by his predecessor.

So concerned was President Jonathan to know the state of electricity provision that I had to do regular, sometimes weekly, polls and surveys on Twitter to get the public’s feedback on the state of power in their locales.

Yet, despite all these, President Buhari and you, Honourable Minister, were not shy at taking credit for the improvement in electricity in far away Tehran and Lagos at various times this year. One wonders why the same “integrity” you credited for automatically improving power cannot provide fuel?

Don’t you think it is a bit rich to blame ex-President Jonathan for the current fuel subsidy especially given the fact that leading lights of your party resisted and rejected the ex-President's move to do away with fuel subsidy by deregulating the downstream sector of the petroleum sector?

Indeed Honourable Minister, you may recall that as the National Publicity Secretary of the then Action Congress of Nigeria, you released a statement condemning the then government’s plans to deregulate the petroleum industry and remove fuel subsidy and also said that the removal of fuel subsidy was “a threat to Nigeria’s unity”.

Sir, you would agree with me that it is only honourable to take the bitter with the sweet. I am reminded of my 10 year old daughter’s comments to me every time I accuse her of watching too much television. She quotes a line from the Disney movie, ‘A Bug’s Life’ in which Hopper says to Atta “First rule of leadership: Everything is your fault”.

A bad workman may blame his tools, but it takes an irresponsible workman to blame his predecessor! When Jonathan became President on May 6th, 2010, he met a comatose railway network.

He did not blame his predecessors. Rather, he went to work. Within two years, he successfully rehabilitated a significant portion of our national railway infrastructure and had restored intra and intercity routes for the first time decades.

He made it possible for Nigerians to travel from Lagos to Kano for less than $10 (₦1600). There were services from Port Harcourt to Enugu, Makurdi to Port Harcourt and Gombe-Kafanchan-Kaduna to mention but a few. For the first time in decades, there was a direct rail transport from Tin Can Island Port in Lagos all the way to Kano with stops along the way.

Jonathan successfully built the brand new standard gauge 187 kilometer Abuja-Kaduna railway which will make it possible to live in Kaduna and work in Abuja.

Within Lagos, he introduced air conditioned fast Diesel Multiple Unit trains, the first of its type in Nigeria. I quite remember that when I wrote about these accomplishments, members and sympathizes of your party publicly labeled me a liar.

I remained a liar in the eyes of the Nigerian public until my recent surprise vindication by the new Minister of Transport, Rotimi Amaechi, who said while on a familiarization tour of the Nigerian Railway Corporation as follows “in fact, I think we have a problem; most people don't believe that the railway transport is functioning in Nigeria.

I didn't even know, until I started this tour, I never knew that the railway was functioning, it was even from his (MD's) speech that I learnt that there are some coaches or services that go to Kano or Port Harcourt or elsewhere. So we need to make people become more aware that the narrow gauge is working, and that people can still use it to travel around that country.”

Now, Honourable Minister Lai Mohammed, who do we blame for this remarkable progress in our rail sector? Let me end this letter to you with a quote from bestselling author, Dr. Steve Maraboli: “It's time to care; it's time to take responsibility; it's time to lead; it's time for a change; it's time to be true to our greatest self; it's time to stop blaming others.”

Thank you and be assured of my continued loyalty and support to the Federal Republic of Nigeria.