In The Grip Of Powerful Illusions 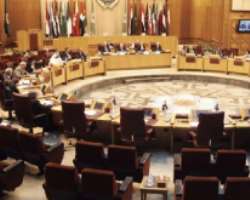 The deadlock in the Israeli-Palestinian peace process appears to be illogical and unsettling as a majority of Israelis and Palestinians realize that coexistence, whether under conditions of enmity or friendship, is a fact that neither side can change short of a catastrophe. Both sides understand that the general parameters of a sustainable peace agreement must rest on a two-state solution based on the 1967 borders with some land swaps. However, both sides choose to revel in illusions and live in defiance of time and circumstances. They seem to prefer continuing violent clashes and bloodshed over peaceful coexistence, while blaming each other for the unending destructive path that tragically both have chosen to travel.

There are fundamental imperatives, coupled with long-term mutual security measures, which represent what was on the negotiating table in 2000 at Camp David and in 2010/2011 and 2013/2014 under the Obama administration's auspices in Jerusalem and Ramallah. Each round, with various degrees of progress, aimed at finalizing an agreement and yet ultimately failed to do so. The question is: why?

Biased and selective perceptions, reinforced by historical experiences, religion, and incompatible ideologies, have locked both sides into immobile positions. The factors that maintain and enhance these patterns include emotions such as fear, distrust, and insecurity. The psychological outcome is mutual denial of the narrative of the other and mutual delegitimization.

Put together, the operative result is stagnation and polarization. What is therefore needed is a consensus-oriented dialogue at the leadership level by both officials and non-officials, and people-to-people interactions, to resolve the issue of perception – a tall order given the current environment that buttresses rather than ameliorates prejudiced perceptions.

There are certain psychological concepts which are relevant to understanding the Israeli-Palestinian conflict; the concept of illusion is an essential one. In The Future of an Illusion, Freud offers the following definition: “…we call a belief an illusion when a wish-fulfillment is a prominent factor in its motivation, and in doing so we disregard its relations to reality, just as the illusion itself sets no store by verification.”

What is characteristic of illusions is that: 1) they are derived from deep human wishes, and 2) the belief is held (or would be held) in the absence of any compelling evidence, or good rational grounds, on its behalf.

It is impossible to deny that both Israelis and Palestinians are in the grip of very powerful illusions which only serve to prolong the conflict and prevent any mutual understanding. In particular, the belief shared by many Israelis that they have a biblical right to the land (including Judea and Samaria) and that God gave it to the Jews in perpetuity is undoubtedly an illusion of yesterday.

This belief is not affirmed because there is real evidence that God deemed it to be (although two Jewish kingdoms did exist—the first in the tenth century BCE and the second beginning in 539 BCE—on the same land), but because it satisfies a deep-seated psychological need for a God-given Jewish homeland.

The belief that by expanding the settlements Israel will augment its national security and maintain its hold on the entire land is an illusion of tomorrow, which generally ignores the presence of Muslims in the same land for more than 1,300 years.

It is important to note how these illusions sustain and reinforce one another, and constitute a psychological barrier which is much more impervious to critical reflection. Israel's illusions have served to create the logic for occupation.

The Palestinians, for their part, are not without their own illusions. They also believe that God has reserved the land for them, and appeal to the fact that they had inhabited the land for centuries. From their perspective, the presence of the al-Aqsa Mosque, which was built in 705 AD in Jerusalem, attests to their historical and religious affinity to the Holy City.

They also cling to the idea that they will someday return to the land of their forbearers, as they have and continue to insist on the right of return of the Palestinian refugees, even though this has become a virtual impossibility.

The Palestinians hold fast to their illusions of yesterday and tomorrow just as blindly and desperately as the Israelis, which leads to resistance to and fear of change. As such, unless both sides change course and accept each other's affinity to the same land, specifically because it is religiously-based, the situation is bound to lead to a catastrophe.

This has contributed to making the Israeli-Palestinian conflict both chronic and intractable, as the various illusions are continuously and consciously nurtured by daily hostile and often violent encounters between the two sides.

In seeking to bridge concepts that could link between the domains of psychology and politics in the Israeli-Palestinian conflict, it could be proposed that a collective mutual resistance to change (both conscious and deliberate, and inner unconscious) protects a vulnerable identity.

Identities in this setting are more vulnerable, and the protagonists are naturally more defensive and resistant to change. By its very nature, the players must find it difficult (if not impossible) to articulate this publicly, as to do so is to admit to this vulnerability.

The concept of psychological resistance to change may well affect the political setting in general and the Israeli-Palestinian conflict in particular; it is closely connected to perceptions at many levels and provides protection for vulnerable identity formation.

It is this mindset, strengthened by historical experiences, which transcends the more than seven decades since the Israeli-Palestinian conflict began. Individuals and groups, Israelis and Palestinians alike, have and continue to interpret the nature of the discord between them as “you versus me” in a prejudiced and selective way.

In turn, this has stifled any new information and enabled the continuing resistance to change, which could shed new light on the nature and substance of the conflict and help advance the peace process.

The concept of unconscious resistance to change in this setting links well to the view of perceptions driving the polarization in the conflict. Historical experience, which formulates perceptions, serves among other things to enhance the sense of identity of “who we really are,” a formative collective assumption that sits at the bedrock of both key players and drives functional and dysfunctional behavior.

In principle, such a mindset prevents either side from entertaining new ideas that might lead to compromises for a peaceful solution. The paradox here is that majorities on both sides do want and seek peace, knowing full well that this would require significant concessions, but are unable to reconcile the required concessions with imbedded perceptions that have precluded these compromises as a result of resistance to and fear of change.

Therefore, any framework for peace must include provisions that would dramatically increase the odds in favor of a solution. First, both sides need to commit to reaching an agreement based on a two-state solution out of the conviction that change, which translates to coexistence, is inevitable. Therefore, they ought to adjust to each other's requirements, which of necessity requires them to make significant concessions.

Second, to facilitate that, they must undertake reconciliatory people-to-people social, economic, cultural, and security interactions to mitigate their resistance to change, which must begin, at a minimum, one year before the negotiations commence to create the psychological and political atmosphere to cultivate the trust necessary for substantive and successful peace negotiations.

The resumption of peace talks will go nowhere unless Israelis and Palestinians change their prejudiced perception and resistance to and fear of change, and finally come to the realization that their fate is intertwined and neither can live in peace and security without the other.

****************************I feel compelled to conclude my last article for the year with a dire warning that both Israelis and Palestinians alike will do well to ponder upon as they approach the end of the seventh decade of their tragic conflict.

Every Israeli extremist and Palestinian militant, those who want it all must stop and think where Israel and the Palestinians will be in ten years if the current situation persists?

Your illusions of today will not become a reality of tomorrow, and what tomorrow will bring is nothing but more pain, tears, and agony.

Your conflict is evolving ever faster into a religious war. A Muslim-Jewish Armageddon is in the making that will set the whole region on unfathomable fire.

If you are true believers, dare not defy God's will, for he has thrust you together to put you to the test—you must either live in peace and harmony, or you will be condemned to oblivion and despair.

You possess the power to choose your own destiny. Will it be self-destruction or will it be the fulfilment of a glorious dream?

Rise up and pass a legacy of hope to every Israeli and Palestinian child, for they have the God-given right to grow up and prosper and none should die for your illusions in vain.