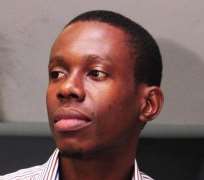 In his inaugural speech as governor of Abia state on May 29, Dr. Okezie Ikpeazu had stated ‘Education and People’ as one of the key economic sectors his administration was going to give priority. Governor Ikpeazu had further clarified that empowering Abians, especially the youth to succeed, was“continually” going to be a major thrust of his administration.

“Everyone, especially the youth, can benefit from qualitative formal and informal education that develops knowledge, skills and competencies”, the governor said. While pledging to transform the educational sector in the state, Governor Ikpeazu said his government would, “upgrade existing and create new technical training programs ranging from basic artisan to advanced ICT skills”, which in return would provide young Abians with employable skillsand empower them to uplift their standard of living through self-sufficiency.

Governor Ikpeazu had pledged that “the Boys Technical college in Aba will receive significant attention aimed at enabling it provide certificate programmes in carefully chosen vocational areas including garment and shoe making.” The establishment of the Education for Employment (E4E) programme, was a fulfilment of this pledge.

With a focus on the development of the human resource capital of the state, the E4E programme aims to provide not just the required education, but also the kind of support that leads directly to public, private or self-employment. The E4E focuses ontechnical and vocational education to bridge the gap between educational institutions and industries in the state.

The government in Abia, keen on improving the living standard of Abians, knows that the long term development and sustenance of the economy is dependent on not only the quantity but quality of its labour force especially in the technical and vocational education training sector.

Known as a thriving commercial hub for Small and Medium Enterprises (SME), this sector holds the key to Abia’s ability to harness its vast human and natural potential, the success of which will lead to an increase in the state’s internally generated revenue(IGR), technological development, local and international relevance and its competitiveness in the world economy.

Recently the E4E got the support of the organised private sector (OPS) at a stakeholders meeting in Aba, during which the OPS under the aegis of the Aba Chamber of Commerce, Industry, Mines and Agriculture (ACCIMA), promised to play a crucial role in solving the unemployment puzzle. President of ACCIMA, Mr Emma Nwakpadulu, pledged the readiness of the OPS to ensure the E4E programme was implemented successfully.

The concept of technical and vocational educationtraining that powers the E4E programme, is being considered by the federal government. Minister of Labour and Employment, Dr. Chris Ngige was in Abia recently to commission an ICT skill acquisition centre completed by the National Directorate of Employment (NDE) and revealed that the federal government had plans of designing a new approach to tackle massive youth unemployment.

According to the minister, his ministry would keep a database of employed, unemployed, employable, under-employed and gainfully employed youths for easy access, and give attention to skill acquisition.Ngige’s argument was logical: “Government cannot give employment to everybody, but we can teach people how to employ themselves.”

Ngige’s assertion was echoed sometime in October by the Catholic Bishop of Sokoto Diocese, Mathew Kukah, whom had said that it was impossible for federal and state governments to employ more than five per cent of its population. “There is no country that employs five per cent of it its population, or even 10 per cent… Many states in Nigeria with a population of about 6-7 million, employ between 30-60,000 civil servants, including ghost workers. So, it is clear that no government can employ its entire people.”

Ngige and Kukah are correct. Findings of the National Bureau of Statistics in its 2015 EmploymentCreation Survey, showed an increase in the number of jobs in the third quarter to have been driven mainly by informal sector jobs, which accounted for 90.2 per cent (428,690) of total jobs. It was followed by formal sector jobs, which accounted for 8.8 percent (41,672) of jobs in the third quarter, while the public sector generated 4,818 jobs, representing 1.01 per cent jobs in the period under review.

Professor Joel Babatunde Babalola of the Department of Educational Management, University of Ibadan, as a guest lecturer in 2007 in the University of Calabar, had argued the “lack of qualified teachers to teach vocational, innovative and entrepreneurship and job skills” as reason why a large number of young graduates remain unemployed years after graduation.

Delivering the lecture titled, ‘Reinventing Nigerian Higher Education for Youth Employment in a Competitive Global Economy’, Professor Babalola’s argument was that, “Majority of Students learn through lectures and academic text books and are academically sound but they have limited opportunities of acquiring practical experience by using machinery, equipment and practical techniques associated with the profession.”

All evidence point to the fact that there is little room for job seekers at not only government owned organisations, but also in private organisations, and this huge gap is not caused by the lack of employment opportunities so to say, but in some instances there is a mismatch in the graduates’ textbook knowledge as against the potential employers requisite skills.

The present administration in trying to remedy this anomaly established the E4E, with the objective to re-establish technical and vocational trades in the Technical Colleges and ensure National Board for Technical Education accreditation; provide institutional capacity-building in the technical and vocational education institutions; create and manage Business Development Centres (entrepreneurship hubs) in the 17 Local Governments in Abia State; provide initial and on-going support for entrepreneurs to ensure successful outcomes; and provide technical, vocational and entrepreneurship training for 100,000 youths in 4 years.

Over 38,000 Abia youths across the 17 Local Governments Areas (LGAs) have submitted their application forms, which are now being processed.When that is concluded, the E4E programme would kick off in three technical colleges, namely the Boys’Technical College, BTC, (which is presently undergoing refurbishment); Secondary Technical Umuahia; and Government Technical Ohafia, representing Abia South, Abia Central and Abia North senatorial zones of the state respectively.

Information of the over 38,000 applicants when analysed, would be fed into the Abia state Labour Market Information System (LMIS), which is an internet based software system that would be used to manage the data of unemployed youths, the OPS, training providers and the programme’s funding sources. The LMIS would also be able to provide information on already trained youths, the ready to be employed or those going into business. Also, the LMIS would provide information on employment and business venture opportunities in the state, information on business development centres across the state’s 17 LGAs where any youth can go to be trained in the skill of their choice.

The E4E programme will not only help to boost government’s plan to make Aba the SME capital of Nigeria, it would also make participating youths become self-reliant. This was Governor Ikpeazu’s vision when in his inaugural speech he quotedAmerican industrialist, Harvey Firestone, saying: “The growth and development of people is our highest calling of leadership”, and went on to pledge that, “In this new Abia, instead of giving our people fish (hand-outs), we will focus on leading them to grow economically.”

• Maduekwe is Special Assistant on Media to Governor Ikpeazu