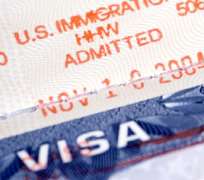 A pro-Democracy Non-governmental organisation - HUMAN RIGHTS WRITERS ASSOCIATION OF NIGERIA (HURIWA ) has asked the Nigerian Government to tell Nigerians the findings concerning the Visa scam involving the top flight terrorist who attempted to fly into Nigeria over two months back.

HURIWA recalled that the Nigerian government had reportedly ordered a full investigation into how a wanted terrorist was granted Nigerian Visa in Lebanon to visit the country since August but wondered why no clear report has been made public to the Nigerian public. HURIWA said it amounts to institutionalising lawlessness and impunity if this grave threat to Nigeria's national security is swept under the carpets by President Muhammadu Buhari.

HURIWA further recalled that the Permanent Secretary in the Nigerian Ministry of Foreign affairs sometime in August reportedly confirmed to the media that President Muhammadu Buhari has directed the Ministry of Foreign Affairs to investigate the circumstances surrounding the issuance of Visa to the wanted terrorist‎ who has been on the wanted list of several governments.

HURIWA recalled that a radical Muslim cleric, Ahmad al-Assir was arrested by Lebanese authorities as he attempted to leave Lebanon to Nigeria enroute Cairo Egypt.

The terrorist mastermind was reportedly arrested while attempting to travel with a fake Palestinian passport with a valid Nigerian Visa‎ at the Beirut’s Rafik Hariri International Airport early Saturday, August 15, 2015 in Lebanon.

The Rights group in a statement signed jointly by the National Coordinator Comrade Emmanuel Onwubiko and the National Media affairs Director Miss Zainab Yusuf, recalled that Lebanon’s state-run National News Agency reported that Assir, who was travelling with another man, was holding a fake passport in the name of Rami Abdul Rahman Taleb, while his companion was holding a passport in the name of Khaled Sidani.

He was reported to have shaved off his iconic beard and under gone facial surgery to conceal his identity but was identified by eagle eyed Lebanese security operatives.

Sheikh Assir has been on the run for two years, having been declared wanted in Lebanon in 2013 when his followers clashed with the Lebanese army, killing at least 18 soldiers.

HURIWA said it was regrettably disappointing that several months after this scandal blew open that brought international opprobrium on Nigerian as a nation whose immigration and foreign Affairs ministry partner with terror masterminds, the Nigerian government is yet to come to terms with what exactly happened that such a high calibre terrorist can successfully obtain valid entry permit into Nigeria. "Is there more to it than meets the eyes? Are there powerful people in this government that invited this terrorist?", HURIWA asked.

"We demand greater openness on this Visa scam because we are aware of the disastrous damage that Boko Haram -an affiliate of ISIS has done to many Nigerian communities and the killings of several thousands of civilians. Nigerians deserve to know those involved in the invitation of this Terrorist into Nigeria and all those who actively worked for the successful issuance of VISA into Nigeria . The FGN must within 48 hours furnish Nigerians with details of the investigation. The National Assembly must take special interest in all of this scandal so the officials indicted are named, shamed and prosecuted as enemies of Nigeria ", HURIWA stated.