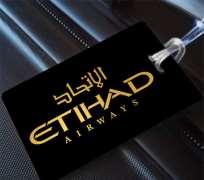 Etihad Airways will introduce sweeping new baggage policy enhancements in conjunction with the launch of its new Fare Choices tariff structure, effective for tickets issued on or after 14 September 2015, providing more choice and clarity to its guests.

The new policy has been introduced to respond to individual customer needs with greater flexibility and to more closely align Etihad Airways with other Etihad Airways Partner airlines. The changes will provide greater benefits to guests, with increased rewards for Etihad Guest loyalty program members.

Peter Baumgartner, Etihad Airways Chief Commercial Officer, said: “In line with industry best practice, we are moving to a fair and transparent baggage concept. Our new Fare Choices are an easier way for guests to understand what they are paying for, offering clearer pricing, and the flexibility which best suits their travel plans. This also applies to their baggage requirements.”

Most routes will now operate on a piece concept basis. This means that customers are entitled to one, two, or three bags, depending on their Fare Choice, route, and Etihad Guest membership status.

As part of the policy change, the cost of excess baggage will be dramatically cut on the majority of fares. On some routes the cost of buying an additional 23kg piece of baggage will be reduced by up to 90 per cent, with a further reduction of up to 30 per cent if pre-purchased directly with Etihad Airways up to 24 hours before travel.

Members of Etihad Guest, Etihad Airways’ award-winning loyalty program, will especially benefit from the new baggage concept, as higher tier members now receive an extra bag or additional weight allowance depending on the market and route.

New baggage policy highlights:
· Increased allowance for Economy Value and Economy Freedom guests on certain routes from 30kg to two pieces of baggage at 23kg per bag – a total allowance of 46kg.

· On selected routes, the Economy Class allowance has been increased for all fare choices from 30kg to two pieces of baggage at 23kg per bag.

· In premium cabins on certain routes, the allowance has been increased from 40/50kg to two pieces of baggage at 32kg per bag.

· Etihad Gold and Platinum members will receive one extra piece of baggage at 32kg on piece concept routes, compared to 15kg and 20kg respectively previously.