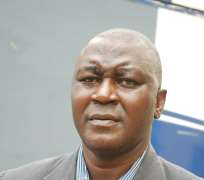 Mr. Henry Ebireri has been appointed Chief Press Secretary to the Speaker of the Delta State House of Assembly.

Ebireri attended University of Port Harcourt earning a Bachelor of Science in 1992 after which he went to University of Lagos to earn his Master’s degree.