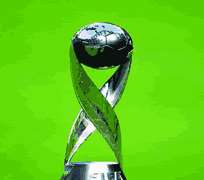 The last Group A matches of the WAFU Nations Cup will hold today in Abeokuta and Ijebu-Ode simultaneously. Nigeria will take on the Teranga Lions of Senegal at the M.K.O. Abiola Stadium in Abeokuta, while Benin Republic and Guinea will slug it out in Ijebu-Ode.

For the Daniel Amokachi-tutored Eagles, today's encounter is nothing but a formality match, as the Eagles had already qualified for the semi-finals of the tournament having recorded two straight victories from the same number of matches. But the Senegalese, who have one win and a draw, need to prove how serious they are in their bid for the trophy.

After a bright start against Guinea, which Senegal beat 3-0 on Friday, the Teranga Lions lost its steam against Benin, as the tie ended goalless. Worse still, the Senegalese ended the match with nine men after defenders Sidy Ndioye and Alpha Ba bagged red cards.

The two men would miss this all-important match against the rampaging Eagles that had scored nine goals in two matches.

Amokachi hinted about giving some boys on the reserve bench a chance to taste some action against Senegal. The like of Chinedu Ezimora, Chigozie Agbim, Austin Brown could be introduced for the game.

If Amokachi desires the maximum points, then one would not be surprised to see Ahmed Musa, the hard working Ejike Uzoenyi, Captain Solomon Okpako, Gbolahan Salami, Ike ThankGod among others making the line up.