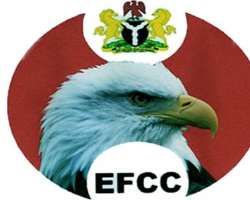 One of the profiled achievements of ex-President Goodluck Jonathan was that under his leadership, the Economic & Financial Crimes Commission, EFCC, pursued and obtained judgements in several cases of fraud and financial malfeasance it prosecuted. Ordinarily, such “achievements” shouldn’t be considered hallmark of an administration because the war against corruption should be strong and brutal at all times without any form of persuasion from an authority but ours is a system where before ex-President Goodluck’s emergence, the EFCC was only a potent tool with which vendetta was carried out against perceived enemies of “the state” – either real or imaginary. That institution was only strong when compelled by unseen hands to so pretend. It is on this basis that I shall accept that indeed, the immediate past administration did fine in the war against corruption.

Between 2010 and 2012, I was a regular face at the Special Fraud Unit of the Nigeria Police Force. During this time, occasions demanded that I pursued some cases of fraud and theft at the Awolowo Road office of the EFCC in Lagos. I only visited the Okotie Eboh Road office once or twice. By virtue of this exposure, I consider myself sufficiently knowledgeable about the internal working of these institutions. My discoveries about their procedures are as shocking as it is comical but either which way, I learned a great deal from them. Today what was planned by Mallams Nasir El-Rufai and Nuhu Ribadu to be a world class anti-corruption machine modelled after probably the Scotland Yard institution in the United Kingdom have been reduced to a roadside debt collection firm funded by Nigerians who can afford to pay hefty bribes to operatives. As I write, operatives of the EFCC would rather chase a commercial debt for Okeke Madueke & Sons Enterprises, Idumota in exchange for a fraction of the recovery than diligently prosecute a case of fraud for the Federal Government of Nigeria.

Some 2 days ago, David Oluwafemi Oluwakayode (formerly known and referred to as Femi, Fani Kayode) was acquitted in charges of earnings management and insider trading (these are accounting terminologies) which the EFCC claimed he engaged in some years back as federal minister. The volume of funds involved in the matter at inception was as much as almost N20B. It was later reduced but as at the time he was discharged by our courts, the charge sheet bore N2.2M. This is how comically unserious and uncoordinated Nigeria’s EFCC is.

Like or dislike it, David Oluwafemi Oluwakayode (formerly known and referred to as Femi, Fani Kayode) is a man of great means. My knowledge of him is slim but I have reasons to consider him wealthy by several ramifications. The man under reference is educated and has vast collection of friends and associates globally hence the EFCC never stood a chance of getting a conviction against him in his matter. This is not to say that he actually committed the crimes he was accused of.

I am not privy to the internal dealings of federal ministries as at the time the “crimes” were committed but that a set of charges valued at nearly N20B at inception would suffer several setbacks before judges of different courts that would later cause the said charges to reduce to a mere N2.1M is enough to instil confidence in any accused person to the effect that his prosecutors are nonentities in their trade. Such is the case between Oluwafemi Oluwakayode and his accuser. The man did not need to be a genius to win that case because the stupidity of the EFCC is enough indication that there was never a case against him in the first place. Perhaps, some disgruntled ex-staff or staff of a unit in the ministries he presided over or just any human being somewhere decided to make him shed some weight. I therefore wonder why anyone is surprised he won because just anyone can win a case against the EFCC whose operatives are ever in a hurry to go for lunch before heading to the mosque for prayers.

The EFCC needs to embark on a soul searching exercise. Already, sufficient laws exist to back up its operations; all I think it needs to do is invest heavily in acquiring new knowledge and improving the quality of staff employed in its legal department as counsels. Very few of them appear to be grounded in the legal profession; their mode of dressing would give them away at anytime. Like in the Special Fraud Unit, there seem to be an open contest for the operative who wears the latest designer fashion outfit or owns the latest edition of an automobile. Federal character should stop being applied in recruitment because my dealings with Northern lawyers in the legal department of the EFCC have shown that they are not blessed with intellectual strength required to execute long drawn fights in law libraries and the courts which prosecuting a real corruption case demand.

The internal processes of the EFCC have been greatly wreaked by a directionless and spines leadership. Most operatives are so dull that they have to be regularly directed to angles from which fraud matters can be resolved at huge costs to the complainants – they are usually thankful. One was always fond of asking me “abi, no be so?” each time he gave me an update on a matter I had reported to the Awolowo Road office of the commission in 2010. The few operatives who manage to resolve matters on the strength of their intelligence and exposure are mainly southerners. A prominent Lagos based lawyer once said to my hearing in 2008 that Ibrahim Lamorde was corrupt; I did not bother to confirm the basis for his claim but in all of these I consider David Oluwafemi Oluwakayode (formerly known and referred to as Femi, Fani Kayode) a lucky man because like he admitted his nightmares are over. It’s never a nice experience for an individual who is caused to go through the hassles of the EFCC when indeed that person has no cases to answer.

My main consolation is however that his discharge did not occur during the life of President Jonathan’s administration – the APC as usual would have been on hand to provide Nigerians with empirical proof of how President Jonathan personally drove and delivered to the country residence of Hon. Justice Rita Ajumogobia a bullion van containing money in foreign currency with which the judgement was bought.

Ezeani, Chukwunonso Elvis is an avid thinker, reader and researcher. He tweets @NonsoEzeani1