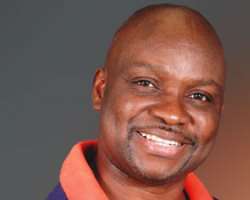 Ekiti State governor, Mr Ayodele Fayose has saluted people of the state on the first anniversary of his election and declaration as the governor-elect of the state following the June 21, 2014 gubernatorial elections.

Chief Press Secretary to the governor, Idowu Adelusi said that the governor, in a broadcast, noted that "the resolve of the people to massively vote for their choice and subsequently defend the mandate given to him in the face of stiff opposition reaffirmed that power resides with the people."

He reiterated his commitment and dedication to the course of the people, saying the victory, which he described as freedom for democracy will spur the government to deliver on campaign promises even in the face of dwindling economy.

Fayose appealed to all and sundry, particularly the pensioners and civil servants to be patient with his government, which he said had been battling with inherited debts, the repayment of which is being made from the source.

He said he will continue to ensure that the welfare of the people remained his priority as he debunked the rumour that he had paid himself over N720 million as allowances for his first tenure, saying "it is only a heartless leader that will do such at a period the state is facing financial challenges."

He asked people of the state to always demand evidence whenever such rumours were being peddled, noting that he will not amass wealth at the expense of the welfare of the people.

On poor supply of electricity, he noted that despite the fact that electricity was no longer directly under the government, he had been discussing with the Benin Distribution Company(BEDC) and assurance had been given that the moment some repair works being done were concluded, electricity will improve in the state.

The governor who again sympathised with owners of burnt shops at the Ojaoba market noted that the government was collaborating with some banks to rebuild the market to modern standard and give out to marketers at reasonable prices.

In a special Ramadan message to the muslim faithful, the governor enjoined them to continue to pray for peace in the state, saying he will ensure adequate security of lives and property.

He expressed satisfaction with the release of the kidnapped Reverend Father with a promise that no efforts will be spared at ensuring that kidnapping and other criminal activities were stamped out of the state.

Fayose who appealed to people of Ikere Ekiti to allow peace to reign in the selection of a new Ogoga, said he had no interest in any particular candidate but promised to work with whoever emerges as he values the people of the town greatly.