Yaya will stay in City 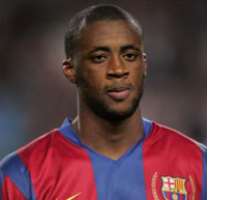 Yaya Toure will stay at Manchester City, according to his agent.

Dimitri Seluk told Sky Sports that Inter Milan and other clubs made offers for Toure but claimed City had said the player was 'too important to let go'.

Toure, who is reportedly City's highest earner on around £220,000 per week but Seluk deneid that he had been pushing for a new, improved contract for the midfielder, who signed a four-year contract with City in April 2013.

Toure featured for City in their final game of the Premier League season against Southampton in a 2-0 win at the Etihad Stadium.

The Ivory Coast international caused a stir last year after his agent said he felt 'disrespected' by the club, who failed to acknowledge his 31st birthday but they did not make the same mistake on his 32nd birthday. City handed the midfielder a cheque for £720,000.

There were rumours of an exit from the club, and a reunion with former manager Roberto Mancini at Inter Milan, but Toure remains a City player with two years still left on his contract.