Kingdom of Ife reopens debate on restitution of artefacts 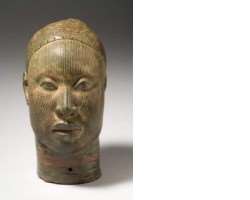 WHILE little progress has been made to get looted artefacts of African origin from museums across Europe and U.S. returned to their places of origin, there is a new relationship termed “collaboration” between Nigeria and some of the keepers.