Chelsea to offer Mikel to Southampton 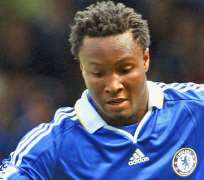 Schneiderlin has long been linked with a move to Arsenal, but the Blues are prepared to offer Obi Mikel in order to beat their London rivals to his signature, according to the Express.

Mikel has managed just 12 Premier League appearances for Jose Mourinho's side this season, with a transfer to the Saints likely to provide him with more game-time.

It looks increasingly likely that Schneiderlin will not be playing his football at St Mary's next season, and it could be a two-horse race between Chelsea and Arsenal to secure the French international's services.