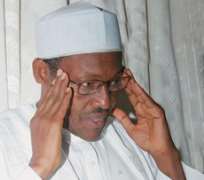 A global rating agency, Fitch Ratings, says the prospect of a smooth transfer of power in Nigeria has not removed the risks to the country's sovereign credit.

Fitch, in a statement on Thursday, said the planned change of government in May had introduced 'an economic policy uncertainty following smooth elections and the authorities' proactive response to lower oil prices this year.'

The statement read, 'The first transition from an elected ruling party to an opposition party, via a smoother and more credible electoral process than was widely expected, is positive for Nigeria and suggests that the country's democratic institutions are getting stronger (governance indicators are much weaker than the 'BB' rating category medians).

'However, tensions may yet reignite in the Delta region and Boko Haram continues to disrupt economic and political activities in the North-Eeast. The advent of a new government creates uncertainty about its economic policy.'

Although economic issues did not feature prominently in the election campaign, Fitch said it assumed that the All Progressives Congress would not deviate fundamentally from the policies of the outgoing administration, maintaining a long-standing focus on areas such as oil, power and agricultural reforms.

According to the agency, the President-elect, Muhammadu Buhari's economic team has yet to take shape and will be untested after 16 years of Peoples Democratic Party governments.

The statement further said, 'If there were a hiatus or rethink in economic policy, it could delay a return of foreign portfolio inflows and the corresponding support for the exchange rate. Prior to the elections, the Nigerian authorities mounted a rapid response to the challenges of lower oil prices, compounded by capital outflows. The oil price assumed in the budget has been cut to $53/b for 2015 and cost-saving and revenue-raising measures have been introduced.

'Plans to extend successful existing programmes, such as improving tax administration and expenditure monitoring, suggest that the envisaged consolidation is achievable, and we forecast little change in the general government deficit in 2015. It remains to be seen if the new government will affirm the commitment to these or equivalent fiscal measures, as well as the previously planned post-election increase in VAT.'

Fitch also noted the reform of the currency regime and the 18 per cent devaluation in February eased pressure on the naira. This, it said, had firmed in the unofficial market since the elections.

It said, 'Another managed fall in the currency would stabilise reserves, which have fallen below $30bn (or less than four months of import cover) and blunt the budgetary impact of cheaper oil. Our end-2015 forecast of N210 to the US dollar assumes such an exchange-rate adjustment, which will encourage a return of foreign capital and support the balance of payments.

'The policy response was prompted by Nigeria's weaker external and fiscal buffers compared with the 2008-2009 oil shock. Weaker buffers and political uncertainty were among the drivers of our revision of the outlook on Nigeria's 'BB-' rating to negative in March.'