Turning NSITF Into A World Class Agency In Two Years 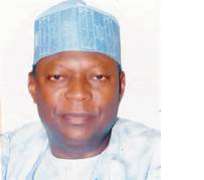 With the signing into law of the Employees Compensation Act 2010 by President Goodluck Ebele Jonathan, the Managing Director/ Chief Executive of the Nigeria Social insurance Trust Fund, NSITF, Umar Munir Abubakar says the stage was set for the remaking of the Fund and social security compensation for Nigerian workers.

He however saysgetting the Scheme off the ground had not being easy. According to him funding presented a teething challenge.

“The scheme came when we didn't have any money to even maintain ourselves. We thank God that the Federal government heard us, they understood what we were saying and they came to our rescue, but that took some time, anyway. You know the Act was signed into law in December 2010, we did not get any take-off grant until well towards the end of 2011.

“So between December 2010 to September 2011, we were in sort of comatose state because we were not able to do anything because of funding. But we thank God that the Federal government heard our plight, came to our rescue, gave us take-off grant, a very handsome take-off grant and also paid us some contribution at the same time and this enable us to kick start everything; to start recruitment, opening up offices. So that challenge was also addressed”

The teething challenge notwithstanding Dr (Mrs) Ngozi Olejeme, Chairman of the Board of the Fund says inaugurating the ECS ranks among the best things thathappened to Nigerians since President Jonathan assumed office as President.

“Nigerians today know that they can fall back on the goodwill of what this great man the president has done for us so right now you put up a claim and if that claim is verified then you are paid and life goes on … this law is about workers that get injured in their work place or if death occurs in work place NSITF will move in and make sure the family of the deceased worker is properly looked after.so it's not a question of o our bread winner is dead and we are just finished now the government of the day the government of Dr Goodluck Ebele Jonathan has made it possible that even losing your loved one is not the end of your life”

Chief R.U Uche President General of the National Employees Consultative Association, NECA, says the schemehasmade very sweeping provisions for the payment of employees claims and their dependents in instances of workplace injuries and even death.

“It is a major provision that overhauls what was in the Workmen Compensation of old. The interesting thing here is that the law is a no fault claim law, previously, it was your duty to prove that you actually were not at fault, but this time whether you are at fault or not, whether premium had been remitted or not, compensation is payable if you incur injury or become disabled or impaired in the course of work or even death”

As a result, NSITF Umar Munir Abubakar, Managing Director/Chief Executive of the NSITF says the Fund is today a completely changed organization.

“We use to have 36 offices, even those 36 were not fully functional but today as I am talking to you we have 61 offices all over the federation; 11 offices are regional offices, 50 are branch offices”

He singled out getting the Lagos operations of the Fund running on full cylinders as a major achievement for the Board, Management and Staff of the Fund

“As soon as the direction was identified we started implementing the scheme, one of our major achievements was to open up Lagos corporate office – Lagos is the hub of business under this type of scheme. Most employers are in Lagos, large part of our contributions come from Lagos, even our staff, majority of them are in Lagos. Now, Lagos is highly industrial, even during the old NSITF Scheme we were relying on Lagos to do a number of things. Now, I mentioned earlier that the Ijora office was almost collapsing and we had to close it down.

“So when the scheme came on stream, the ECS, we didn't have any office in Lagos and that is where the business is, so the first thing we did was to open what we call the Lagos corporate office, we took an office at Maryland, near the Ikeja cantonment. One of the biggest offices – and if you are going to the airport in Ikeja you will see a very large billboard of Employee Compensation Scheme” he added

According to Abubakar, expanding to new states and sites remains an ongoing plan of management. He said doing so is critical for NSITF to achieve its mandate especially the roll out of Social Security to all categories of Nigerians.

“… you know the scheme involve public and private sector employers and if you don't go to all the corners of the country you won't be able to cover everybody” he explained.

Abubakar says once office issue was settled, next came staff matters. For a Scheme like the ECS highly skilled and technical staff is required. But Abubakar says it had to be dealt with according to government laid down rules and regulations.

“Today we have the best staff we need to run the scheme, professionals, experts, experienced and of course highly qualified staff. I make bold to say that the staffing position now is far far better than what we had between 1994 to 2004 – because this scheme is highly technical, so we need the people that are highly professional and technical in nature and we were able to do that. We embarked on massive recruitment and this recruitment was supervised by our Board” he said

This introduced a new challenge, being a new Scheme Abubakar said recruited staff had to be trained to fully understand how to manage their responsibilities and new frontiers in operation around the world in social security.

“…so we looked round to find out those who have been operating this kind scheme and we identified some sister African countries, and one of such country is Zambia, where they have what is called Workers Compensation Fund which has been running since 1942. And you know Zambia is almost part of South Africa – and a lot of mining activities is going on there, so they have this problem of workers compensation and their scheme has been robust. So we identified Zambia, we talked to them, they asked us to send our people for attachment which we did. And right now as I am talking to you, we have a working relationship between us and Zambia workers compensation fund. Some people were there for some months on attachment. I, myself and some staff went to south Africa, we went to their compensation fund and studied it

In addition “we also opened a training relationship with ILC (International Labour Training Center) in Turin, Italy. That center also train our people. I think we send 26 staff to Turin to be trained on compensation scheme”

Training over, attention shifted to other operational issues, “we produced pamphlet, brochures, flyers to guide people so they will know the scheme is around , we started massive publicity, apart from that also we started the renovation of our offices because some years back, all these years our offices were collapsing and getting rotten, so took some of the major areas of our activities to renovation, like the Kano Office, Ibadan, Calabar, Yola, and the head office at Abuja – up till now the work is going on because the head office was affected. I am glad this has been done and is still on going. We identified where we had core businesses so we can renovate our offices – where our staff can be comfortable”

However very close to Abubakar's heart is the achievement in the field of ICT – Information, Communications and Telecommunications.

“I am very glad to talk about our ICT because the scheme that operated between 1994 and 2004 had a lot of challenges because of ICT problems. We could not produce statement of accounts those days because our ICT was not as robust as today, and this set us against our client (employers). Most of them were not happy with us because we could not produce enough data and records to show, we were producing but it was just that it was slow. By the time we finished, most of them were not happy because it took us some time and so on, we had a lot of challenges with our ICT in those days”

But today, the opposite is the case, “I am glad to say that one of the best and robust ICT equipment in Nigeria is in NSITF. Apart from the CBN, we are only the parastaltal that has Oracle in social security solution. We have an Oracle system that is one of the best in Africa. As a matter of fact, Oracle has chosen us as the best public institution in Africa. This is a big achievement for us. Apart from that, we are also getting certification from the BSI (British Study Institute) – certification ISO 270001 – we are going to get it. In fact, as I am talking to you, tomorrow, we are going to get inspectors coming from Britain to inspect our readiness for certification. And this is a major achievement. So, these we were able to do in the last three years. We have one of the best ICT structures in place and are coming as we go on”

Internationally Abubakar NSITF has chucked up some achievements under its belt. Within the last three years of its operations, Nigeria was elected as a member of the ISSA bureau. Stakeholders say this is a major achievement for Nigeria.

“…in November last year there was a social security conference in Doha, Qatar, I was elected member of the ISSA bureau. And the last time appeared in the bureau was well over 10years ago or about 15 years when Ahmed Rufai (the former MD of NSITF) was elected a member”

Apart from Nigeria, other countries that are in the Bureau are Liberia, Cote d'Ivoire and Tanzania, “… we have also been given a hosting right ISSA technical seminar in Nigeria, which is coming up in January, next year. So all these achievement is because of what we are doing and because we have already established a good working relationship with ILO and ISSA”

Back home, the registration of employers into the Scheme was initiated. From a slow start in 2011 the exercise has peaked in momentum and revving to faster pace steadily.

As I am talking to you today, we have 8.5million employees covered under this scheme and more are coming. We are still going to do more. If we cover the police 400,000 and we start covering the state, we have already started talking with the state, we are going to the states.