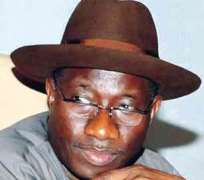 Acting President Dr. Goodluck Jonathan on Tuesday took charge of the Ministry of Power after handing out portfolios to 38 ministers.

However, his decision to take charge of the Power ministry was not the only surprise in Jonathan's allocation of portfolios.

Before the inauguration, there had been reports that Akunyili might be made the Minister of the Federal Capital Territory or Minister of Health. But the FCT portfolio was handed over to Senator Bala Muhammed.

Jonathan also made a former Minister of State for Petroleum, Mr. Odein Ajumogobia, the Minister of Foreign Affairs thus making nonsense of speculations that he was pencilled in as either the substantive Minister of Petroleum or Minister of Justice and Attorney-General of the Federation.

The Acting President's fellow Bayelsan and ex-Minister of Mines and Power, Mrs. Diezani Alison-Madueke, is now the Petroleum Resources minister while Mohammed Adoke (SAN) becomes the Minister of Justice and AGF.

Surprise also trailed the appointment of a former Minister of Justice Minister, Chief Adetokunbo Kayode (SAN) as the Minister of Defence. He was speculated to have been tipped to retain the ministry.

Another surprising development was the appointment of ex-Minister of State for Agriculture and Water Resources, Mrs. Fidelia Njeze, as Minister of Aviation.

But it was a different case for Mr. Remi Babalola, who would re-occupy his former position as a Minister of State for Finance.

Babalola had previously served as minister of state for the FCTA before being redeployed to the Ministry of Finance by Yar'Adua.

However, Babalola is not the only minister of state in the last cabinet that retained the same position in the new FEC.

Other ministers who retained their portfolios were Dr. Shamsudeen Usman and Mr. John Odey, who remain in the ministries of National Planning Commission, Environment and Youth Development, respectively.

A former minister, who formed part of the pioneer FEC under Yar'Adua, Sen. Sanusi Daggash, returned to the cabinet as the Minister of Works.

Daggash was the Minister of National Planning Commission, before he was removed in a cabinet shake-up.

Another returning minister, Alhaji Adamu Waziri, who served during the Olusegun Obasanjo administration, was named as the Minister of Police Affairs.

It was learnt that until the inauguration on Tuesday, Waziri was slated to become Minister of Agriculture , which was vacated by Yar'Adua's arch-loyalist and close friend, Dr. Sayyadi Abba-Ruma.

The Ministry of Finance is now headed by Dr. Olusegun Aganga as widely speculated but the biggest shocker of Tuesday's inauguration was the appointment of Mr. Chris Ogiemwonyi as Minister of State for Works.

Ogiemwonyi was widely tipped to become the Minister of Petroleum Resources, having reportedly garnered huge professional experience in the oil industry.

A striking development from the inauguration was the separation of the ministries of agriculture and water resources as well as works, housing and urban development.

The Acting President had during the inauguration made it clear that the 2010 budget was the blueprint of the programmes of the Federal Government.

He told the ministers that they had no reason to look for ideas on how to undertake the new assignments.

Jonathan therefore directed the ministers to 'hit the ground running.'

He said, 'The blueprint for the actualisation of government objectives are there in the budget and in the various policy frameworks now gathering dust in our archives.

'No minister will be allowed to go on a mission of endless search for solutions. You must hit the ground running! Time is of fundamental essence and no distraction in our mission will be tolerated. This is a patriotic call to service.'

The Acting President warned the new cabinet that their new assignment was a 'rare privilege' that 'must not be abused.'

Jonathan also stressed the need for accountability on the part of the new ministers.

He said, 'Patriotism, accountability and transparency must underpin all our work. We should remember that the public has a keen interest in what we do as public officials.

'I take public perception seriously because I believe that citizens matter. We must therefore strive to maintain public confidence at all times. We owe this much to our people.

'The policy of this administration remains a zero tolerance of corruption. Therefore, demonstrable accountability must not only be done but be seen to have been done. In this regard, we will not hesitate to take whatever action necessary to protect the bond of trust, which must always exist between the government and the governed.

'You are here on national assignment and you can be reassigned with little or no notice in the national interest, for you are political administrators not operators.'

The Senior Special Assistant to the Acting President on Media and Publicity, Mr. Ima Niboro, told journalists after the inauguration that a yet- to- be constituted body, chaired by Jonathan would run the affairs of the Power Ministry.

The Jonathan led-team is expected to work closely with the power sub-committee of the Presidential Advisory Council, headed by Prof. Barth Nnaji.

Niboro said, 'The Acting President would take charge of Power for a certain period. There is a new concept about power.

'It is going to be run by a body that would be chaired by the Acting President and he will take responsibility as the minister for a certain period.

'The Minister of State would be his (Jonathan) deputy. This committee will work in close harmony with the power sub-committee of the Presidential Advisory Council headed by Prof. Nnaji.'

Niboro said, 'The expected body on power, which is to be headed by the Acting President, will comprise experts in the different areas of power, from generation to transmission, distribution and finance.

'The body is to take charge of a power initiative, which is to be unveiled in a matter of days.'

He also stated that Jonathan had sent names of two ministerial nominees from Ebonyi and Taraba states to the Senate for approval.

But he did not give the names of the nominees.