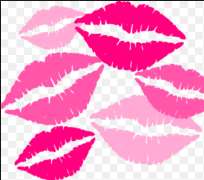 In a bit of time, Cecilia opened her mouth, with tears caressing her chubby cheek she said “I DO” to Atanda, the man of her life.

The occasion was graced by giants from all levels of life, men with timber strides and women with ocean streaming qualities stormed the air. They couldn't have left the occasion for moment to decide because of the two love birds involved. All in their stylistic wooly-attires, rolled-in to dispense honour to score the event high, and with social stimulus, they marched on the red carpet that played host to them.

One by one, they elegantly joined the dictate of things on the dance floor with flaring arms and vibrating bodies following the footsteps of the groom, Atanda, who in a grand style with stylistic steps opened the dance floor and like a kite obeying the rules of the air, he jumped here and there, satisfying the desires of the audience.

The crescendo rises when Cecilia, the owner of the day, a robust-natured lady with command of beauty and a keen sense for colour, in her ceremonial tattooed dress and her afro hairstyle paraded her three-dimensional figure on the stage of performance to the pride of Atanda, who just paid her dowry.

The African drum, Gangan (talking drum) with its Cultural beat dictated the patterns of footings, like-play and like-play; Cecilia put the crowd to her feet and won the ovation of all well-wishers and side admirers.

Leaving their ears to decide the voice of the drum, she excellently maintained the pace of her performance and wasn't distracted by the praises surrounding the occasion . . .

The sound of the drum resonates with that of LOVE; the pitch dictates affection at the highest level, no wonder the ecstatic feelings of the people. In little rolls of whispering, love defined the moment, and its dispensed cold caught everybody with no regards to status, age, gender, beliefs and even, race.

Above all, her local attire made of smooth-textured Ankara with dried-linen and a little silky thread caught the fancy of so many people, if not all; her attractive hips displayed the beauty of the gown-like style of her outfit. The top has a flap with round-curves at the tip, the front gently caressed the waist, showing her beautifully adorned body, and in short, she randomly portrayed an African beauty.

Following the move of the moment, Cecilia, a well-known dancer from the days of her youth, started changing steps like car changing gears; she displayed the cultural value which she represent and carried everyone on her shoulders with no apology to boundaries. Like the power of an idea at the right time, she preached the authentic message of difference by dancing to the lines of the master tool.

Atanda, no doubt made the right choice if the tunes of the song is the way to go. He maintained a smiling face all through like a tree enjoying the freshness of the morning dew. Cecilia displayed the intelligence of an African woman, she dramatized the richness of the culture; taken it a step after the other, she pushed around the beauty of the local heritage to the amazement of everyone.

Seeing this brilliance in an African woman, Aba, a talented young writer who was invited by his friend, stood up in response to salute the tempo of her performance. Aba is a natural follower of events, especially those involving cultural marriage with a lot of art works and displays. Having studied dramatic art in the University, he can't most times deny his love for culture. No doubt, he enjoyed every bit of the event, not minding the unappealing approach and feeling of his friend, seated next to him in the densed crowd.

Caught in the joy of the moment and in an attempt to document the event for future reference, Aba brought out his writing pad, scribble few words, and then concentrate again. He soaked himself into the performance, and in no time, he felt something unusually different and like a writer he is, he quickly wrote this:

“Love is a not a mere feeling restricted to location or race,

It's a heart affair that is beyond limitations.
It's what made Romeo to go for Juliet and Michelle for Obama!

Oh love, the fire burning in the deepest parts of the heart expressing the silent notes of not only emotions, but also reality”.

As he was getting set to create a memory in writing by engaging the melting-flow of his pen, then suddenly the cloud appeared very funny, in a twinkle of an eye it tweaks and heavily the water bag bursted; erosion grabbed the soil and little-by-little, the event rolled away.