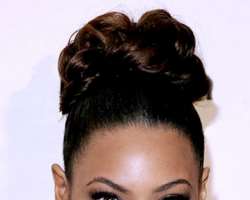 Hairdressing was once a profession exclusively for the women. But that has changed, as it is now moving fast away from them into the dominance of the men. Today that world has been invaded and taken over by the male folk. They have not only harnessed it but also elevated it to a different dimension, with a touch of creativity. Home service has become the latest rave in the business.

However, many of these young boys have fallen into the antics of these ladies, who deceptively lured them into their homes and only to end up in other engagements, after promises of heaven and earth. With their financial power, coupled with the economic crunch of the society, the boys' spirit of resistance is subdued. These ladies' desperation is induced by the sweet feelings they experience during hair treatment. In the process, they dangle car keys, accommodation, cash and other kinds of attractive gifts, just to have their way. The major gist is that majority of these affluent ladies are married with kids.

Saturday Sun checked out these wonder fingers, who deliver home services in areas, like Ajao Estate, Ikeja, Surulere and the up-class Island areas. Some of them, who own a cossy hair salon around Asa Afariogun Street, in Ajao Estate, confided that many of them in the art have made money and deployed the proceeds to travel abroad where hairdressing is oil block.

Incidentally, home services for women are carried out without the knowledge of the client's spouse, who is away fighting to oil the wheel of fortunes of the family. With this antics, it is only a man who is really principled that can just do the hair and stop at that, a male hairdresser, who has been in the home service front for five years revealed.

Speaking to Saturday Sun , Austin (surname withheld), who has been in hairdressing for 10 years confirmed the story that some women actually tempt male hairdressers, who are involved in home service.

'Majority of the boys operating salon business today are involved in such acts because it fetches faster money. That is the source of the big cars some of them ride,' he said. But he lamented that such wealth and accidental fame might not last because it is a taboo in African culture to engage a married woman in a romanntic relationship. He explained that no amount of money or any kind of inducement could influence him to fall prey to such act because of his faith and fear of God.

Austin, in his sanctimony, added that it is abomination in the area where he comes from. Relating his experience with a certain woman years back, he said: 'On this fateful day, I was invited to a hotel room by a certain woman who asked me to come and fix her hair. She just came back from abroad. Honestly, I was very happy because of the extra fee I would realize from it. I packed all the things I needed for the service and reported at the hotel. She willingly accepted my charges and I settled down to work. To my dismay, she turned the service to massaging. 'I want you to massage my back,' she said. 'No, it is not there. Oh yes, it is there,' she would say.

That was how she was screaming until I became apprehensive. Not quite long, she opened up and needed to be fixed under. I declined vehemently. She dangled car key, cash gifts and with a promise to take me abroad. I stood my ground because I knew the devil was at work. I quickly packed my things and disappeared from the room. That encounter taught me a great lesson. That is why today, anytime I have a home service, one of my boys must accompany me to avoiding a repeat.'

On why hairdressing has suddenly become a male affair, the hairstylist, who operates Bistel's Hair and Skin Clinic at No. 5, Olutosin Street, Ajao Estate, Lagos, asserted that it is because of its lucrativeness in the developed world. He stressed that majority of the boys into the profession do not want to practice in Nigeria. He disclosed that many of the boys he trained are presently in Spain, Italy, Germany and other countries practicing the trade, adding that all of them have become big boys.

He said: 'One of my boys even left three weeks ago. He is in Spain. That boy stabbed me in the back because it was the opportunity I had to travel that he hijacked. He had deceived the woman who came to pick me from abroad. He told her that I was no longer in the trade and he was in charge. He pleaded with the woman to take take him in my place and eventually he succeeded and traveled. When the woman later met me and realised that she had been fooled, it was too late. The whole thing really made me sad, but there was nothing I could do. So, I am now hoping in God that one day it will get to my turn.'

Mr. Nwanodo said he doesn't want to ply his trade in Nigeria any longer just to train hairstylists, else he becomes a teacher who must beg before seeing food to eat. According to him, while many of his boys are cruising in expensive cars and have houses, he has remained in the same shop they had known him with before they left. He added that his plan is to join the league abroad and also make fortunes.

Asked how he became a hairstylist, the school certificate holder, who hails from Delta State, explained that his friend, Henry, also a hairstylist, brought him into the business.

His initial dream was to be a footballer or an athlete. But when his aspiration fell through, he said he had to pitch tent with hairdressing.

'That was how I started training under Henry, my friend. I was with him for six months before he traveled abroad. It was then I knew that with element of luck, this profession could take me far in life. I also know that when you are in a trade where women constitute the market, you are bound to make it because they are always conscious of beauty. They always want to look good. Such business cannot run dry of patronage. I have no regret going into it,' he said.

According to Nwanodo, who parades a heavy clientele of top society ladies, his major challenge in the business remains the persistent power failure. He lamented that the constant use of generator in his shop grossly drains him financially.