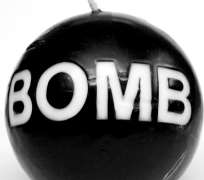 Ten persons might have lost their lives in a suicide bombing at a motor park in Potiskum, the commercial capital of Yobe State, on Tuesday.

A resident of the town, Ali Mohammed, who spoke to our correspondent on the telephone, said corpses were still being retrieved from the bus station but 'at present ten corpses have been picked.'

He added that the male suicide bomber pretended to be a passenger in a vehicle still loading at the motor park along the Kano Road in the town.

The bomb was detonated in the bus by the suicide bomber, killing the bomber and nine others.

The incident happened at about 11.45am in the Toyota bus, marked Kano XA 592 GBT.

On Sunday, five persons were killed by a female suicide bomber at a phone market in the town, following an explosion, which also injured 40 persons.