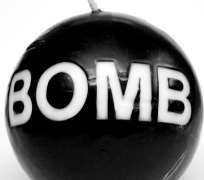 Barely 48 hours after the Judiciary Staff Union of Nigeria (JUSUN) declared the suspension of the eight-month-old strike in Rivers State, unknown persons have bombed three separate High Courts in Degema, Isiokpo and Port Harcourt areas of the state.

The incidents were coordinated and happened almost simultaneously in the wee hours of Monday, just as the State Police Command confirmed that minimal damages were recorded and no life was lost.

It was gathered that one of the courts in Degema was completely razed by unidentified arsonists with many documents burnt beyond recognition.

Two courts in the state were attacked before the judiciary workers embarked on strike on June 10, 2014.