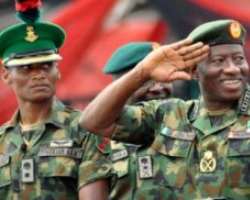 Australia has repeatedly offered help to the Nigerian government to find hundreds of schoolgirls kidnapped by Boko Haram, but the offers have not been taken up.

Foreign Minister Julie Bishop said on Tuesday that the Australian government had made no fewer than four offers to help Nigeria find the schoolgirls, who were kidnapped by the radical Islamist group in April last year.

“Nigeria has welcomed our offers but hasn't made any request for specific assistance,” Ms Bishop said. “The international community stands ready to work with the Nigerian government to assist in its efforts to counter terrorism and implement counter-radicalisation programmes.”

She was speaking in the wake of reports that at least one girl as young as 10 has been used as a suicide bomber by the extremist group Boko Haram and that as many as 2000 people have been killed in and around the town of Baga in the country's North - though the Nigerian authorities have denied the figure is anywhere near that high.

Ms Bishop said: “The government is deeply concerned by the ongoing terrorist attacks and I am appalled by the recent massacre in Baga and the reports of young girls being used as suicide bombers.”

The foreign minister said Australia had achieved some broader counter-terrorism cooperation with Nigeria, such as by providing money directly and through global organisations towards education, sports and art, which helped prevent radicalisation.

When contacted on the matter, the spokesperson of the Ministry of Foreign Affairs, Mr. Ode A. Ogbole said he is not aware of any such offer and cannot comment on it.

Nigerian High Commissioner to Australia, Ambassador Ayo Olukanmi, who spoke to our reporter on telephone confirmed that Australia offered to help Nigeria find the Chibok girls and that Nigeria, did not reject the offer.

“Nigeria did not reject Australia's offer as far as the issue is concerned but we agreed to engage them quietly. Australian parliament also took up the issue after which I held meeting with their minister of foreign affairs and further reiterated out agreement of engaging them quietly which should not be discussed on the pages of the newspapers,” Olukanmi said.