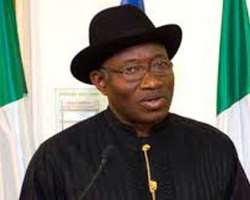 The Special Adviser to the President on Political Matters, Prof. Rufai Alkali,  announced the postponement at the venue of the event at Legacy House in Maitama District, where dignitaries has already taken their seats awaiting the president’s arrival before the announcement.

Alkali said; “As you are all aware, His Excellency lost his sister, Mrs Nancy Jonathan-Olei, yesterday (Sunday) in the morning.

“In view of this he has decided to suspend this inauguration for today until tomorrow at 11 a.m.

“Mr President has asked me to convey his apologies for the inconveniences this postponement has caused, and to tell you it was due to circumstances beyond our control.”

A one-minute silence was observed for the repose of the deceased’s soul.