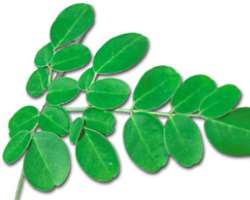 Russom, who teaches at the University of Jos, said this during a workshop for farmers in Langtang North, Plateau, organised by the Centre for Biotechnology and Genetic Engineering (CBGE) of the university.

He said that Nigeria was blessed with abundant agricultural potentials and called on farmers to take the advantage to grow more Moringa plant which he called 'miracle plant'.

'Moringa is a wonder plant which has proved to be a cure for more than 300 diseases in the world.

'Growing moringa plants is like growing multi vitamins at your doorstep as science has proved that the leaves are packed with incredible nutrition that can strengthen our bodies and prevent many diseases.

He said the leaves contained huge quantities of protein, vitamins C and A, and calcium.

He said the workshop came at a time when Nigeria was making frantic efforts diversify its economy owing to the daunting challenges that the oil market was facing.

The Director of the Centre, Prof. Bashir Ajayi, said the aim of the workshop was to expose farmers and people at the grassroots to the usefulness of some of the plants they are growing within their surroundings. NAN