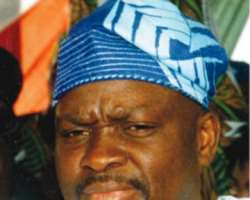 The Ekiti State Governor, Ayodele Fayose, on Monday invaded the state House of Assembly with riot policemen and armoured tanks to pave the way for the sitting of seven members of the House who are now members of the Peoples Democratic Party. The seven members, at a brief sitting, confirmed the appointments of seven commissioner-nominees, 12 special advisers to Fayose and the members of the committees to oversee the affairs of the local governments in the state. The sitting was under the supervision of a Speaker Temporal, Hon. Dele Olugbemi. Though Olugbemi claimed those who sat were 10 in number, there are only seven PDP lawmakers in the House. The seven were lawmakers elected on the platform of the All Progressives Congress who defected to the PDP during the inauguration of Fayose as governor. Fayose has been at loggerheads with the Assembly over its refusal to sit and approve his nominees for different positions. Early on Monday, two Armoured Personnel Carriers were deployed to the premises of the Assembly, with several riot policemen in tow. The lawmakers were driven to the House in a coaster bus marked EKSJ 111. They were heavily guarded. Some already confirmed special advisers of Fayose were at the premises of the House to monitor proceedings. Immediately the confirmations were concluded, Olugbemi adjourned sitting. More details on this news website soon.