How Wali, ex-NBA President, was kidnapped 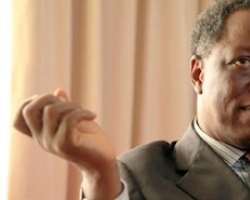 Facts are emerging as to how unknown gunmen kidnapped the immediate past President of the Nigeria Bar Association (NBA), Okey Wali (SAN) in his community, Rumualogu, Obio/Akpor Local Government Area of Rivers State.

It was gathered that Wali was abducted at about 8.30pm Saturday night when he went to visit one of his elder brothers in the community.

It was learnt that a group of armed men, who had laid ambush for him, double-crossed him and forcefully entered his vehicle.

The kidnappers had trailed Wali to Ozuoba junction, stopped in front of him, shot into the air and dragged him out of his car and reportedly whisked him off  through the Choba River in a speed boat.

The elder, whose name could not be ascertained as at press time, was later abandoned on the road by the kidnappers while they took away Wali, who was probably their target.